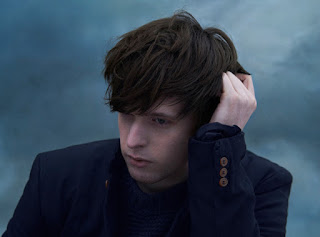 Remember 2010? It was the year when it seemed nearly everyone was getting excited about James Blake. People were murmuring “Mercury Prize nomination,” even before they’d heard the album. Which was silly really wasn’t it? Except it wasn’t that silly because that’s exactly what James Blake got in 2011. Having said that a lot of those who had buzzed with excitement about Blake being the future of pop music and the first UK crossover dubstep influenced producer then mocked Blake’s album for being boring. We vaguely recall someone even calling him the new Gary Barlow. Judging by the picture above this comment hurt Blake a lot - he looks pretty pissed off doesn't he?

Here at Breaking More Waves we found Blake’s record a rather more immersive experience, his stripped back production forming a warming and intimate listen, the album cropping up at number 8 on our end of year list.

Now Blake returns with Retrograde, from his forthcoming second release Overgrown which is due in April. The song continues his evolution away from those dubstep roots, delivering a sweetly soulful work that sounds very 2013 rather than 2010. You’ll probably want to put it on repeat for the rest of the day. Is it too early to start those Mercury Prize nominations suggestions again? Certainly on the basis of this track we’d say it isn’t. Retrograde is a beautiful and brilliantly assured song.