The Great Deluxe CD Rip Off 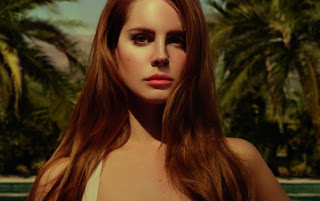 Here at Breaking More Waves we’re not just fans of music but supporters of the artists and the industry they are part of. In its simplest terms this means that we believe that those who wish to own music should pay the artist (or retailer) an agreed amount to become an owner of that music, unless the artist decides that the art they have created holds no financial value and chooses to give it away for free.

As fans and supporters of music this means that we purchase a lot of the stuff. We’re not just talking the odd CD, record or download here and there, but masses of product. So much of it in fact that the next time we move house will probably be because we’ve run out of room for our music collection.

But although we believe in paying to own music where the producer decides it isn’t free, we also believe in fairness and treating fans like ourselves with a bit of respect.

This is where you’re going wrong record industry.

We’re talking about the ‘deluxe edition.’ The one that you released 6 months to a year after the original album has been released.  It’s the same album as before with a number of new songs, remixes or half-baked demo versions of tracks from the original album added on with some sort of fancy packaging. You charge the same (or even more) for this new version of the album as the original that we already own.

Now this represents excellent value to the casual purchaser who hasn’t bought the original record. Yet the hardcore fans, the people who rushed out the week of release and purchased the album, the ones who are more likely to buy into and sustain the artist’s career in the long term, are being ripped off.  They’ve become part of the upgrade generation, coerced into buying something new, paying twice over just to get those extra songs. We know that you’re struggling to stay afloat dear record industry and we know that since the dawn of the internet you haven’t kept up with the pace of change, but we’re not sure if ripping your most loyal customers off is good business sense in the long run.

Of course, we don’t have to buy these new versions. We could make a stand and not purchase them. But we’re fans and being a fan is a complicated all-consuming business. Sometimes record companies get it right and make the deluxe edition worth a second purchase. But too often, slapping six extra songs that weren’t good enough to make the original cut and expecting fans to pay the same again is just letting them down. Here’s some basic customer relationship advice for you; if customers feel let down they may not return next time. They might just download the tracks illegally instead.

On November 12th Lana Del Rey will re-release one of our favourite albums of the year - Born To Die - with the Paradise Edition.  iTunes lists it as featuring 9 new songs on the UK version:  Ride, American, Cola, Body Electric, Blue Velvet, Gods & Monsters, Yayo, Bel Air and Burning Desire. It retails at £8.99. The CD version is currently being advertised on Amazon at £15.19 and we understand will contain 8 new songs.

Is this good value? It certainly seems a little better than some so called deluxe editions, but there’s so much more the industry could do to keep the existing customer (fan) satisfied. Wouldn’t it be nice if the new songs were also released in a single disc format at a cheaper price for those who already own the original songs? Come on record industry, do something decent like that and we promise we’ll spend the money we save on another release. Who knows you might even find that you make more money as a higher percentage of people who bought the album first time round may be persuaded to buy that second single disc.

Otherwise you just come across as a greedy, couldn’t give a sh*t about your customers industry, and frankly if you’re going to have that attitude then it wouldn’t surprise us at all if eventually business goes down the pan.

Man you banged the nail right on the head. It's time the record companies woke up, but sadly while there are suckers like us they never will change. I've been buying music since 1955. 78's, 45's and then re-buy it on an album. Then of course there were cassettes for the car and then we got CD's. Luckily there were no 8tracks in the UK to muddy the pool.
Sadly that is why I stick to digital downloads nowadays. The cost of moving that ever growing music collection from England to Norway to the United States and across four states finally got too much. So I digitized my collection and sold them, for a huge loss on what I paid of course.