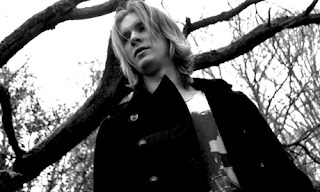 When a new artist begins to break through, sometimes people try to figure out who or what that artist is and get a bit adrift of themselves. It seems that some people are getting very confused about Kid Adrift. Annie Mac on Radio 1 referred to him as an ex-member of Snow Patrol, whilst others are assuming that his name comes from an obsession with the Radiohead album Kid A. Even before the media started buzzing, way back in August last year, we gave a comparrison to Mozart gone mad with laptops (here), a quote which found its way onto the Kid Adrift Myspace

His website doesn't help either, stating " Are you currently experiencing headaches, pains and cold or flu like symptoms? Have you had a recent accident in your workplace? Are you experiencing less than optimum levels of satisfaction with modern life? Waking up in a cold sweat? Feel like your horizons are being continually cropped in to 16:9? Boxed into a cubicle, hissing like a kettle, sweating like a bitch in heat, white noise on the radio, apoplectic like the lightbulb, rendered anonymous by the appropriate footwear? Are 6 consecutive series of Strictly Come Dancing just not enough compensation for the damage done? Fear not for help is at hand. May we present: Kid Adrift."

So whilst people are making judgements and trying to work it all out, Kid Adrift has taken to getting away from it all. He really is out on his own boat. (See video below) The single Oxytocin with its lyrics of “Oxytocin in my blood, it is all that is left of you ? If all I feel breaks down to chemicals. In the midst of all the screaming you're losing the pieces of you. But what you are is not quantifiable,” is beginning to float around the airwaves of radioland and notice is being duly taken. We’re not sure what he’s singing about, but apparently all Kid Adrift songs are based around real events in lead singer Iain’s life.

If he's taking life experience for lyrical inspiration, maybe his next song will be a cover of The Riverboat Song by Ocean Colour Scene, complete with rock guitars, dubstep beats and furious computer punches?