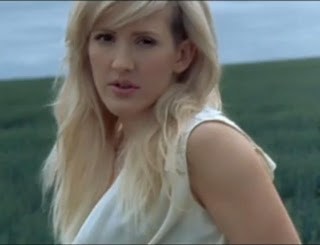 The role of a music blog and its editorial content varies from site to site. Some focus solely on new, often underground acts, others give emphasis to bands and events from a particular region, some are partially vehicles for the blogger to promote his or her record label / club nights, whilst others fix on the particular taste of the blog writer / editor irrespective of current popularity or status of the artist. Others - the lesser blogs - simply act as a PR machine, pumping out copy and paste press releases with no thought given to the content.

Breaking More Waves has always been, and will continue to be a blog that mainly concentrates on new music and artists (although not necessarily underground or lo-fi - we like our pop too much, we're not interested in indie / blog cred or cool - as we've said before cool is transient - this mornings cool is tomorrows naff - we just post what we like, wherever it comes from), plus festivals, gigs, and a wider sphere of debate and discussion - our recent piece on going to gigs alone being a prime example. These discussion pieces get significantly less hits than anything else we write, yet always attract more comments from readers – probably because such discussions are more engaging. Our style has always been to produce slightly longer text than the average new music blog – something we deliberately do almost as a unique selling point – not that we have anything to sell. We’re not interested in readers who just want to download the latest Don Diablo / The Knocks remix from Hype Machine. We’re more interested in the type of reader who enjoys the larger debate about all aspects of pop music (and we use the term pop in its widest context here).

Because Breaking More Waves is fundamentally a new music blog it sometimes means that we stop writing significant content about particular artists once they have become established. There are thousands of bigger, better websites out there who take over once the artist is well known. We’ll come back to revisit these artists from time to time, particularly where there is fresh content to write about that may not be covered elsewhere – for example a review of a live show – but we would generally rather focus on new acts and new material. So as much as we still love Marina and the Diamonds, Ellie Goulding, Stornoway and Florence and the Machine, you are likely to see less of them here until year end than the last 18 months.

So this is moment of temporary closure. Back in February 2009 we first mentioned The Writer by Ellie Goulding. At the time it was nothing more than a sparse folk song with some rather disturbing lyrics that suggested that Goulding was just the type of girl we would want to avoid – the dreaded needy girlfriend - happy to relinquish control and change everything just to be with someone. Eighteen months on and the song has been completely transformed into a high gloss ballad. No doubt it will find its way onto the backing track of a number of teen romance dramas this summer. For now, we’re done with blogging Ms Goulding, there’s too much other good new music out there. However, it won’t be the absolute last time you will see her name on Breaking More Waves, of that we are absolutely certain. So this is more “See you a lot later,” than an absolute goodbye. We’ll be saying another see you later, in a second post later today. For now, after five hundred words of waffle, here's the video for The Writer by Ellie Goulding - the inevitable ballad to attempt to find a different audience as a follow up to the dancier pop Ellie has previously released as singles.

Robin - a complete load of waffle, and then somehow you shoehorn the Ellie Goulding track in the end. LOL.

So I'm guessing your other goodbye will be Marina then ?

:) Yes a complete load of waffle and no the other "see you later" doesn't relate to a musical artist at all. (There I'm trying to build the anticipation for something that is actually quite dull....)

Come back at 12.01 when the next post goes up (it's a lot more concise) plus an amazingly good track and the "goodbye"

See... this is why I don't watch music videos much. The video for this track is insufferably dull, playing merely on the fact that Miss Goulding looks a bit pretty pouting in the countryside. It's almost damaged the image of the track (which is a little epic romp in my mind) somewhat.

That said, if I close my eyes, I can enjoy the tune and remind myself why I love Ellie so... I really feel the urge to see her live, but, feel I may have missed the moment somewhat?