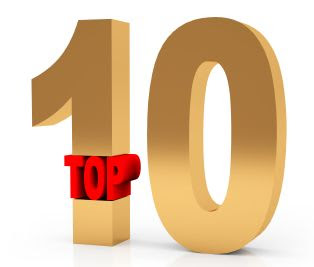 Well it’s that time of year when it seems that everyone in the world of popular culture publishes their best of list, and here at Breaking More Waves we are no different. Since back in the 90’s we’ve been publishing yearly best of lists, be it in our old paper fanzine or now on the internet.

And as the cliché says, hindsight is a wonderful thing. In choosing Radiohead’s OK Computer and Blur’s Parklife as the respective albums of the year in 1997 and 1994 we feel well vindicated. However our selection of Baby Bird’s There’s Something Going On in 1998 now seems a little odd. And then of course two years ago our album of the year wasn’t even an album, but a My Space page. We stand by that choice though. It was the musical place where we had received the most pleasure through repeated listens in 2006 and we were trying to make a small statement about where music was at that particular year.

So grab yourself an early mince pie, a glass of sherry and begin the count down to Christmas with Breaking More Waves by reading about our Top 10 Albums of the Year and Top 10 One’s to Watch. We’ve spent the last month mulling it over before coming up with the final list. It’s a good one. Or at least we think so. Where, if at all, will the popular press favourite artists such as MGMT, Vampire Weekend and The Kings Of Leon feature? Will the debuts by artists in my previous One’s to Watch in 2008 make an appearance ? Last year I went on record saying that Adele and Laura Marling would both be nominated for the Mercury prize, before anyone had even heard their albums. I was right there, but will their albums feature in my list? And will there be some on the list that make people go “What ?”. Remember that Britney Spears has been in our Top 10 album lists the same number of times as Radiohead, with 3 each !

And as for the One’s To Watch list, this year we did very well with 90% of those acts chosen either producing decent debut albums or having commercial success. Mind you, for the first time ever the BBC Sound Of list significantly mirrored our own. This year things may not be quite as similar. As far as Breaking More Waves is concerned there are no obvious choices like last years with Duffy, Adele and Glasvegas. Mind you, at least last year we didn’t pick Joe Lean and The Jing Jang Jong which so many pundits did. Idiots. Crap band, crap name, crap music.

So from the 1st December enjoy our countdown of the Top 10 Albums of the Year, followed by our Top 10 One’s To Watch for 2009. Let's just hope we can find the time to write a blog a day for twenty days! It's a challenge !
Posted by Breaking More Waves Blog at 20:01

Email ThisBlogThis!Share to TwitterShare to FacebookShare to Pinterest
Labels: Best Albums Of 2008, Ones To Watch 2009

we are doing a Suomen joulu advent blog (I hope) starting tomorrow - but there at least are two of us!

Good luck with the advent blogging...looking forward to reading it. Mine will be an almost advent blog, as besides the Top 10 albums and Top 10 One's to Watch there may be the odd gig review as well, so I think I may manage almost 25 (but not quite !)