The Mummers vs Passion Pit 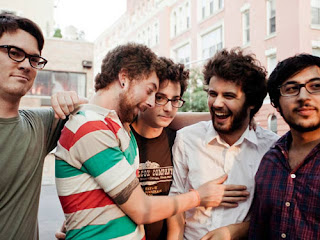 Two bands that have recently featured here at Breaking The Waves are the mutli layered orchestral harmonics of The Mummers from Brighton, UK and the mashed up madness of Passion Pit from Cambridge, USA. Both bands have the potential for commercial success and although they may not share musical similarities in their sound, they share similar visions; a production that is bold and adventurous, left of centre, but is still fundamentally accessible pop. At the moment however each band has a low profile in the UK. but next year this could change. I fancy an each way bet on Passion Pit to rise up and get people excited. 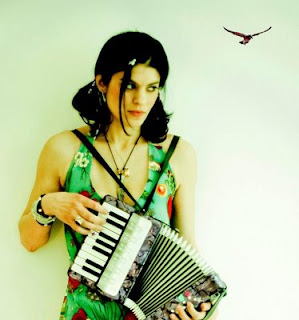 With Finger on the Pulse offering the song Sleepyhead from Passion Pit’s Chunk of Change Ep up for remix, The Mummers have just released their own version of the track via the internet. Not so much a remix, but a cover version combining with the original, it’s very good indeed. Raissa’s vocals intertwine with those of Michael Angelako’s whilst psychadellic grooves and symphonic brass collide. Spectacular - if only all pop music was like this. Have a listen at The Mummers Myspace whilst the track is still up there and see if you agree.
Posted by Breaking More Waves Blog at 19:23

Email ThisBlogThis!Share to TwitterShare to FacebookShare to Pinterest
Labels: Passion Pit, The Mummers

they stole that remix from landau. boooo!!!