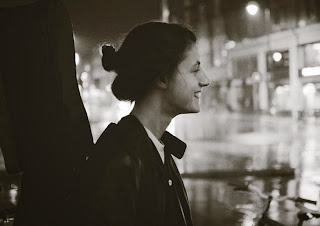 Sophie Jamieson is a singer songwriter based in London who has currently released just 1 record, the sublime and beautiful Where EP, and was introduced to Breaking More Waves readers in August.

The comparisons that have been thrown at Jamieson mainly concentrate so far on Daughter and Laura Marling. It’s easy to understand why; Jamieson’s songs are understated, restrained and full of atmospheric melancholy beauty.

Jamieson’s musical career started out as a solo project, gigging at university open mic sessions in Cambridge where she was studying. Since then she’s moved to London and has begun to flesh out her sound with a band and has talked about making her music distinct, hinting that her future sound may develop further away from traditional folk sounds.


Of the artists we’re selecting as our Ones to Watch 2014 Sophie Jamieson is probably one of the least likely to be lighting up the top 40 in the next year. However, on the basis of the slow burning, cinematic beauty of her debut EP and with a future double A sided single in the pipeline, maybe over time Sophie Jamieson could follow in the footsteps those she’s been compared to – she certainly seems to have the talent to do so.


Sophie Jamieson - Ode To The East

Email ThisBlogThis!Share to TwitterShare to FacebookShare to Pinterest
Labels: Ones to Watch 2014, Sophie Jamieson