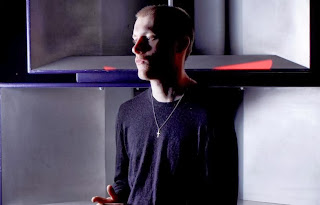 Remember D/R/U/G/S? They (for at the time they were a they) first mesmerised us with their blend of spirit of rave blissed-out electronica back in 2010 at the now sadly defunct In The City in Manchester. So impressed were we that by the end of the year we named D/R/U/G/S in our Ones To Watch for 2011 list alongside the likes of Clare Maguire, James Blake and The Vaccines.


Since that time D/R/U/G/S has become the project of just 1 (Callum Wright) and he has continued to drip feed his higher state of consciousness dance tunes to the internet ever since. Now comes a new track and guess what? You Are Everywhere is the best thing he’s ever done. A guest vocal from one Rebecca Rivers gives Callum’s floaty before sunrise electronics a lighter pop edge that suits the track perfectly. Music for strobe lit dancing and snogging. Ideally both.