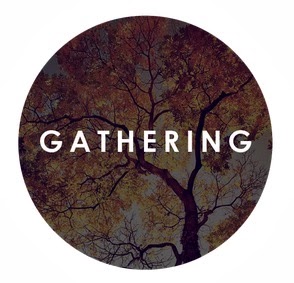 Us Brits love talking about the weather, mainly because it’s so variable. We even have a multitude of words for rain, that all mean different things: It’s spitting, showers, drizzle, wet air, tipping it down, raining cats and dogs, sheeting it, the list goes on and on. So it’s inevitable that when we mention UK summer festivals, the weather gets high priority in conversation. Yet this year, despite Breaking More Waves spending most summer weekends somewhere in a field in the UK soaking up live music, we haven’t got a soaking. The wellies haven’t had one single outing. Mud? What’s that?

Now the tent has been packed away for another year it doesn’t mean the end to music festivals quite yet. For it seems that nearly every city throughout the UK has its own multi-venue event and many of them take place in autumn. But because they're in urban locations, our wellies can stay safely packed away - there are many positives to tarmac and an indoor venue. We’ve already covered Southsea Fest, the weekend just gone saw Norwich’s Sound & Vision and next weekend both Cardiff (Swn) and Oxford (Gathering) will find wristband sporting music fans  trooping the streets until the early hours - we’ll be amongst them in Oxford.

Gathering is a one dayer in the Cowley Road area of the city and runs from 4pm until 3am. Still a relative newbie in this ever growing market Gathering has some big names in Local Natives and London Grammar topping the bill, but this is very much a festival about new bands.

The line-up is like a smorgasbord of Breaking More Waves featured artists. The likes of Chasing Grace, Candy Says, Cheatahs, Chlöe Howl, Findlay, Gold & Youth, JJ Rosa, Laura Welsh, Pawws, Pylo, Ruen Brothers and Mt. Wolf are amongst the 42 acts playing across the 7 venues. If you’re going we recommend any of those, plus in addition here’s three more recommendations from the bill that we haven’t featured before.

London’s D/C is like a bucket. A bucket that’s full of talent, with that talent sloshing over the side trying to escape. He’s been putting out some incredible mash ups based around intense cello playing and beats including this one that includes Justin Timberlake, Kendrick Lamar and Rudimental parts within. You’ll find more of that over at his Soundcloud as well as this live recording of an original song called Devil On My Shoulder which is the musical equivalent of the smoothest mug of hot chocolate with marshmallows and cream piled high.

Understated, minimal, late night, Jake Hart owes something to James Blake with his down tempo blissful songs. Lovely stuff found in the form of Awake below.

‘18 year old singer songwriter and biscuit enthusiast,’ is how Lauren Aquilina describes herself. With her Fools EP and Sinners EP both finding plenty of fans online her 2014 tour is already beginning to sell out, Lauren could well be 2014’s Gabrielle Aplin, even without a John Lewis Advert.


Gathering takes place on the 19 October at various venues in Oxford and organisers are predicting a sell-out very soon, so don’t leave it till to the last minute to buy your tickets (here). We’ll be bringing a review from the streets of Oxford and Gathering 2013 shortly after it finishes.
Posted by Breaking More Waves Blog at 08:30