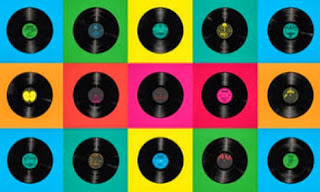 It seems that not a week goes by and some journalist / blogger / music connoisseur puts up an article about how great vinyl is. For example in the last week we’ve read these two pieces: All My Friends Are Vinyl Heads and The Romantic Allure of Vinyl Puts its Digital Descendants to Shame.

Now, we’re not disagreeing that physical formats have something over MP3s and we’re not dissing vinyl as a form – far from it. Nobody has ever asked us if they can look at what’s on our iTunes, but many friends and relatives have asked to have a rummage through our extensive CD collection.

Yes you read that right. A CD collection.

Yet as we’ve read many of these articles, with their authors fetishizing about their romance with vinyl, the thing that strikes us, even offends us somewhat, is that somehow many of the pieces seem to convey the idea either explicitly or implicitly that it’s not possible to be a ‘proper fan’ of music unless you buy the black plastic stuff. That somehow only by purchasing vinyl can people parade themselves amongst their peers as being truly dedicated to a band or artist.

Whilst we’d agree that there’s a difference between the casual music fan who listens to the radio, streams songs on Spotify and watches videos on You Tube, occasionally making the choice to buy the odd album over another luxury item such as new clothes, going out and the like, the idea that to buy vinyl as some sort of badge of affection for music is a load of guff. Even the arguments that it sounds better aren’t necessarily true. This good article (Does Vinyl Sound Better) by Mark Richardson on Pitchfork explains how ‘good’ sound is subjective. “Some people want "accuracy" and some people want a lot of bass; some people only care that it's loud enough. Plus, we're very good at fooling ourselves when it comes to making distinctions between sounds,” Mark explains.

All of the reasons people give about why vinyl is so brilliant seem to centre around the romance of it. But romance isn’t the same as love. Romance is to do with the physical – the smell, the feel the sensation of purchase and having something tangible to show the outside world, just like chocolates, flowers and Valentine’s cards. But love is intangible – you can’t see it. Just like music in its purest form. You can love music passionately but you don’t have to have a piece of vinyl to prove it.

So if like us you haven’t got a tasteful vinyl collection and don’t feel the need to partake in the ceremony of its purchase and play, don’t worry. Romance is seductive, but it’s not true love. You can still be a hardcore music fan if you’re prioritising your spending on MP3’s, CD’s, gig tickets and very little on vinyl. You’re still showing love.
Posted by Breaking More Waves Blog at 08:30

Yes broadly agree with this (although I'd go 1 further and say you don't have to buy any music to love it - you can be passionate about Picaasso's paintings but not own one.

I have quite a few 'vinyl snob' associates. They're all the sort who 5 years ago wouldn't have given a thought to buying vinyl but now it's keeewwwwllll they do so. They all claim they're not hipsters yet all wear nostalgic / retro / charity shop clothes, all have beards and silly hats. I do think vinyl has become fashionable to the point where people are unable to think for themselves rather like that article you linked to the suggests that vinyl is durable! FFS MP's are far more durable than a piece of plastic.

Think you've got it spot on with the romance vs love idea. It's the music that should be loved not the format.

I assume you mean MP3s not MPs!

I reckon some MPs aren't that durable when it comes to it !!!!

I buy music in varying formats and am very happy with my mixed collection. I buy vinyl, CD and MP3 depending on how I want to enjoy the music.
For more acoustic stuff it's usually vinyl, but anything more polished is still CD for me. And MP3s are for anything I can't wait to have or can't leave home without!

As someone who has been playing and writing music for over four decades, was for years a engineer in analog tape studios, and who has over 1200 LPs and well over 500 CD's, along with hundreds of analog tapes of original music, I could not agree more.

It's a phony elitism that too often trades good sound quality for a trendy psuedo-outsiderism.

If one likes the 'ritual,' that's great. Like a tea ritual. I get it.

And if one really believes the sound is somehow superior and puts his money where his mouth is -- because it costs some real money to put together a decent vinyl player that will deliver reasonable fidelity without grinding your records -- more power to him.

But others? Don't look down your long, pretentious snoot at those of us who actually understand what the music sounds like from studio floor to mastering lab and prefer the manifestly superior sonic accuracy of digital formats to the supposed 'euphony' -- the supposedly warm, familiar distortions -- of antiquated delivery forms.

Let's face it, the overhwelming majority of 'music lovers' don't even know what professionally performed music played on acoustic instruments sound like without the intervening wall of electronics in virtually every non-classical concert and, of course, implicit in virtual all commercial recordings.

How would they even know what music should sound like. Seriously.

The people who made those brilliant recordings of the past struggled mightily against analog technology limitations to get as much fidelity into them as they could -- and at the best, they did brilliantly.

Which is why it is an insult, to my way of thinking, to take some pristine golden era studio recording -- maybe on heavy, premium vinyl -- and put it on a $100 USB vinyl grinding turntable -- and then look down on those who choose to enjoy the actual music instead of the putative hipster appeal of a given, antique delivery medium executed with all the slipshod lack of craft that we've come to expect from mass market electronics in the last 30 years.