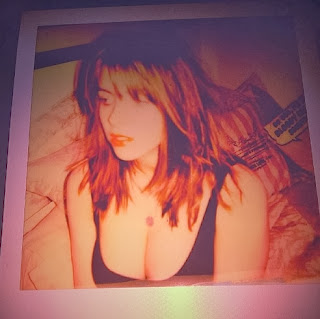 With each new track that Clare Maguire puts out, there’s a sense that after her debut pop album and some personal troubles she’s really finding herself as a performer and a person – less polished, less trying to be perfect, but all the better for it. This latest tune, a cover of Ella Fitzgerald’s Black Coffee is by far our favourite yet. No, cut that, favourite doesn’t do it justice; if we could marry a voice (which is a weird concept we agree but stick with us on this one) this would be it; it gets right to the very core. It's unlikely to find any place on the Radio 1 playlist, but has already found a place in our heart.

Clare will shortly be returning to the live stage first this weekend in Norwich at Sound & Vision Festival and the weekend afterwards at Swn Festival in Cardiff. Hopefully she will be playing some of her own headlining dates soon, fingers crossed for some low-key intimate gigs in low ceiling candle lit bars draped in velvet, which would suit this seductive ode to drinking and smoking away loneliness.

Now does anyone know a registrar that will allow two non physical things - an internet blog and a voice - to get hitched?