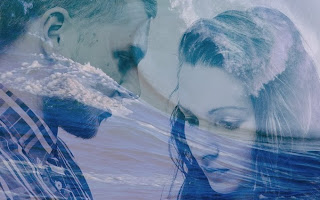 Danish band F U R N S sound lazily sexy. Now you may think that shouldn’t work, after all if you’re getting down and dirty with someone they should be putting some effort in - not treating the moment as if it’s time for a bit of a rest.

But trust us, with F U R N S the languid flowing music isn’t about hard and fast musical coitus but slow sensual seduction. Whilst singer and pianist Monika Falud doesn’t have the power of Hannah from London Grammar or the sophistication of Sade, there’s something about her tender tones that sweep you into a world of warmth and romanticism. She’s a talented lady as well, having played piano from the age of 8, and by the time she reached 16 had won several prizes at competitions in Denmark. Together with Mathias Dahl Andreasen, she formed F U R N S in 2011 and the duo has been releasing songs to the internet since 2012.

Prepare to have your ears kissed with their lucid musical foreplay as you listen to Sparks (a free download) and then go the whole way with the smooth silkiness of Haunt Me, which a few years ago might have been called chill wave - but we'll just call it lovely.

Email ThisBlogThis!Share to TwitterShare to FacebookShare to Pinterest
Labels: Furns