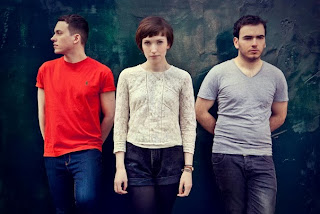 Take two artists that have produced equally great albums in 2013, put them together and the risk is huge disappointment – after all if you were drawing a musical Venn diagram Daughter and Jon Hopkins probably wouldn’t be the first two names you’d think of showing any relationship between.

Thankfully Hopkins knows his place. This new version of Home, originally from Daughter’s Wild Youth EP (which unsurprisingly given the title also contained the original version of Youth hidden away on track 3) is 80% Daughter. This is the right way to do things in this case.


OK, it’s hardly a remix at all is it?  But as the EP was great this is a chance for those who missed it first time round to play catch up and older Daughter fans won't be able to claim that ‘that weird electronic producer bloke Hopkins has ruined it’. Home (Jon Hopkins Remix) is featured on the soundtrack to the film How I Live Now which is also by Hopkins. He worked on it at the same time as he was finishing off his Mercury nominated and sure to be on plenty of end of year album lists record Immunity. You can listen to excerpts from the soundtrack here which contains all the beautiful ambience you could need in less than 5 minutes.