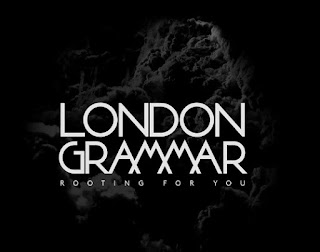 On the video for Rooting For You from London Grammar, there’s a bold confidence on display. For the first two minutes Hannah Reid sings a haunting questioning hymn of love acappella: “I'd love to always love you, but I'm scared of loneliness, when I'm, when I'm alone with you.”

But the confidence doesn’t end with just the solitary vocal. Because after that the beautiful strings, piano and guitar sweep in to create a song that is far a typical pop song. It’s a statement of intent that says that London Grammar aren’t cynically aiming for chart positions here. This is music that carries a graceful serenity in its delivery.

My only disappointment is that the single edit itself doesn’t feature the acappella – I’d have liked to have seen the band really risk it and present it to radio in that form.

If their new material is all going to be like this then let's hope they're playing grandiose concert halls rather than regular rock gig venues. Mind you, pop music is a funny old thing. Maybe next they'll release a club banger collaboration with Major Lazer and Calvin Harris and then we can all just bloody well give up hope in everything.


Rooting For You is the trio's first release since the If You Wait album and accompanying singles in 2013.

London Grammar - Rooting For You