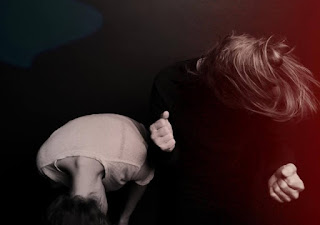 Los Angeles and Austin based production duo darkDARK might be new kids on the blog, but Genevieve Vincent and Chris James sound like old hands when it comes to making golden zero-gravity space pop.

New single (and my personal favourite) Restless might start with gentle ambient minimalism and the ghostly whisper of guest vocalist Hayley Bonar, but it soon dives into a sea of euphoric technicolour whilst firing sonic lasers. It’s as if Chvrches had been asked to create the soundtrack to a new Nicolas Winding Refn film. Then there’s the darkly futuristic Fake It, which sounds a lot like a poppier SURVIVE given a modern twist. If you’re liking the idea of this then third (and debut) track Moments won’t disappoint either – it’s another deftly produced piece of smooth sighing synth pop that mixes blissed-out ambient tenderness and surging electronic swells.


This is the sort of music we can imagine listening to orbiting the earth staring out into the starry void. darkDARK seems a suitably appropriate name then.

darkDARK's forthcoming debut EP, Heathered is due to drop on Feb 24th.

Email ThisBlogThis!Share to TwitterShare to FacebookShare to Pinterest
Labels: darkDARK