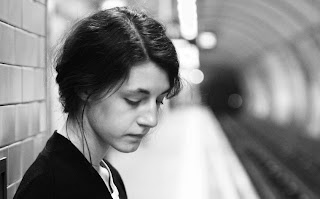 If you’re a fan of the sort of sparse atmospherics that Daughter make then there’s likely to be a space in your heart for Sophie Jamieson. Having released her debut EP in June, Sophie’s haunting music is gradually worming its way into lives like summer shifting into autumn. Take one listen to the rich hymns of unrushed beauty below and you’ll see why we and a number of our blog peer group including Just Music That I Like and the now sadly defunct Flying With Anna have become just a little bit obsessed with her.

Sophie Jamieson graduated from Cambridge after studying history of art and has been busy developing her music whilst cropping up at gigs supporting the likes of Emily & The Woods and Josh Record. She’s playing a whole bunch of London shows over the next few months (check her Facebook for up to date information) so we fully recommend that if you’re anywhere near the capital you try and catch her live.


Trying to pick a favourite from the EP (which is simply titled Where) is like a parent trying to pick their favourite son or daughter, they’re all equally perfect. However choose we must (you can listen to all of the songs here) and so we’ve selected Waterloo, not a cover of Abba's Eurovision winner but a thoughtful sounding song about being lost in a crowd featuring gorgeous coasting guitars and the lightest touches of percussion reminiscent of the gentle shake of a train, plus the wistful sounding Dinah which is represented by a simple self-shot video.