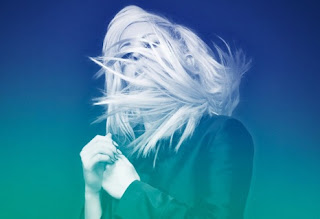 Some things about Ellie Goulding:

1. Remember when she released her debut LP Lights and all the early adopters positivity got blown away by serious rock hacks negativity (we particularly remember Alexis Petridis of the Guardian giving it 2 out of 5 and calling it ‘quite normal’). That seems like a long time ago now doesn’t it?

2. Right now Ellie Goulding is currently sitting pretty at no.1 in the UK singles chart for the second week running with Burn having shifted nearly 200,000 copies whilst Lady Gaga’s song Applause, rushed released in the same week, dropped down to number 9. Well done British pop music buying public. You have restored our faith in being able to recognise a good pop song against a decidedly average pop song.

3. Now Ellie has a new song called Midas Touch which she has collaborated on with BURNS. This could get quite confusing what with Burn the single as well. We’re hoping that next she collaborates with new artist Emily Burns and calls the song Gold. Do we have to spell out why? It's not really funny if we have to explain it though is it. OK, it's not really funny at all.

4. Even more confusing is that this is a cover, but Ellie covered it because she heard a cover of the cover. Basically the version that grabbed Ellie was Boards of Canada's version of Midas Touch although the original is by Midnight Star.

5. The important thing to us (and the raison d'etre for what we choose to post on Breaking More Waves; from unknown unsigned act to major label pop person) is that this is a relatively new tune and we like it a lot.

6. Finally, Ellie is touring the UK in October, although all the dates are sold out. So, she’s added arena shows in Nottingham, Liverpool and London next March. Ellie also plays the iTunes Festival at the Camden Roundhouse on the 22nd of September. If anyone has the midas touch (sorry) and fancies winning a ticket to that and taking Breaking More Waves with them to Camden, we’ll buy you champagne or even perform sexual favours. Now there’s an offer that one of you readers just can’t refuse, surely?