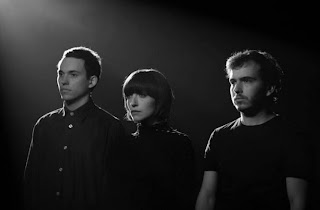 The Mercury Music Prize shortlist is soon to be announced (11th Sept) and one album that seems to tick all the right boxes for being on the British album of the year list (most importantly the fact that it’s good) is Daughter's LP If You Leave. One bookmaker is giving the record a 20-1 shot of winning. (Interestingly the favourite is London Grammar’s debut at 15/8 which isn't even out yet and qualifies for nomination by virtue of being released 1 day before the closing date).

Recently uploaded to You Tube is a new song Smoke, the b-side to Daughter’s single Youth. The song sees a remarkable shift in the bands direction, with Elena Tonra dropping the sad, isolated and damaged beauty of the LP for upbeat lyrics about her love of partying in her bikini with her girlfriends backed by tropical rhythms, cowbell and euphoric rave synth builds. It was apparently recorded live on holiday in Ibiza whilst the band drank champagne bellinis, after listening to a soundtrack of Disclosure, Bondax and Rudimental on the white sands.

Ok, this may not be entirely true. In fact Smoke is more of the same, but that’s fine because the music of Daughter is all about creating hushed, emotional landscapes of sound that represent world weary sighs and eerie beauty, and breaking that atmosphere would frankly be a cardinal sin.

Email ThisBlogThis!Share to TwitterShare to FacebookShare to Pinterest
Labels: Daughter