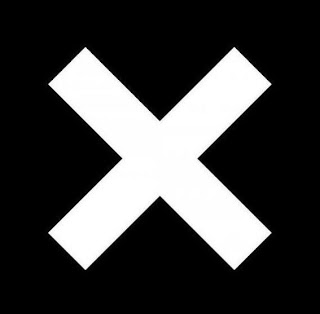 The debut album by The XX is a sparsely minimalist piece of work built around simple echoing guitar notes, moody keyboard sounds and the gloomy understated vocals of Oliver Sim and Romy Madley Croft. It is pop noir of the highest order. In an era when expensive production teams and engineers are paid huge sums of money to layer, remix and over produce recordings, XX throws the strongest argument of less is more back at record companies. Even the sleeve design takes this approach, with a single X cut out of the card sleeve, revealing a white background which is the lyrics book of the album, full of abstract pictures and a simple 'Thank You' on the back cover. It reminds us in many ways of a Peter Saville / Factory record sleeve.
This is an album that strips things back to give a ghostly, slight and claustrophobic sound that demands to be listened to first time and gets better each time it is revisited. Frosty and enigmatic, it is full of subtle songs that creep under your skin. Layered with singular guitar notes reminiscent of early Cure songs and occasional electronic drum patterns it is most definitely indie music, but beautifully removed from the landfill indie that has been thrown up and regurgitated at us for the last few years. Tracks like Basic Space have so much latitude to them that they sound like they guitar based cousin of something darkly urban, perhaps Burials Untrue, all twitching beats combined with subdued tones from Oliver and accompanying sensual vocalisations from Romy. Elsewhere there are hints of Chris Isaak and his song Beautiful Game on the beautiful Infinity, which harbours the same refined atmospheric melancholy guitar styles.
In XX The XX have created a stunning debut. If you only buy one album this month, buy this. As autumn and winter arrive this one will be perfect.
Posted by Breaking More Waves Blog at 00:01

Email ThisBlogThis!Share to TwitterShare to FacebookShare to Pinterest
Labels: The XX