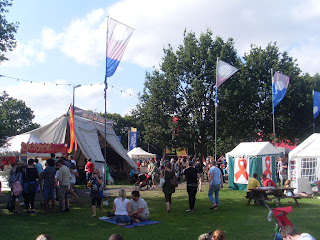 Great write up of Summer Sundae. Thanks for posting, have enjoyed reading, came across this through Efestivals.

Thanks for the mention -- you're right that the music was perhaps almost incidental to Monotonix at Summer Sundae, but the thrill of the sound, movement and general euphoria certainly compensated!

No worries Lisa. I really wish I had seen Monotonix :(