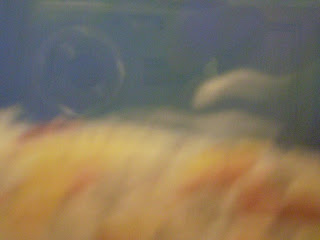 In February 2009 we first wrote about the lass below (here) Seems like this new year could be her year. We hope 2010 is your year as well. Whoever and wherever you are.
As we head out of the noughties we would love to bring you news of a new sound that is going to change the way we define music. A new instrument, a new drug, a new philosophy that will make everything we currently listen to seem obsolete. But we can’t.
Pop music has reached middle age. Everything references something else. There are only so many notes, so many sounds and so many combinations of the two to form the creative process. Trying to avoid cliché becomes the biggest cliché itself. Better perhaps to just settle for something comfortable, something that is known, not pushing boundaries, but gradually evolving and changing, adding subtle elements of other genres to move the horizon just half a degree off balance.
This is where we find music as we glide into 2010.
Yet despite this lack of radical change, despite music not providing us with the heavy cultural and political change or clout it delivered in previous decades, this thing, these sounds, remain a euphoric emotional force that makes us want to dance, think, sing, love and fill our lives with joy and excitement.
In 2010 we continue to love the music. Let’s break some more waves, with quite a few new ones.
Starting tomorrow.

Why the colour change on the blog ?

And happy new year to you Matt. No real reason. Sometimes you may feel like redecorating your front room, or buying a new pair of trousers, I felt that with the new year should come a new look. Content however remains pretty much the same.