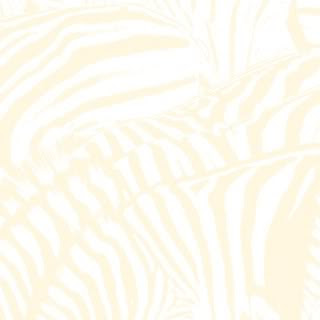 This time last year the critics and writers were salivating over what many considered to the first great album of 2009 - Merriweather Post Pavilion by Animal Collective. You could almost imagine them setting up files entitled 'Albums of the Year' and typing the groups name into their new blank spreadsheet. Now, we’re only a few weeks into 2010 and yet already it seems to be happening again. Teen Dream by Beach House is being lapped up by those in the know. “An absolutely magical record,” babbled the NME. “Innocent wide-eyed brilliance,” said the The Fly. “A band truly finding its own voice,” raved the BBC. There seems to be a lot of dreamy love for Teen Dream. Yet having spent a significant portion of time delving into to its weary lullaby sound we have come away finding it rather underwhelming and insubstantial, rather like its nondescript cover (above). Although it’s a bolder progression than their previous work Devotion, and a number of songs - Norway and Walk In The Park - are hazily and lazily beautiful, it’s a recording that washes over us and then cascades away down the middle of the road rather than sinking in.
Recorded in a converted church, the album mixes soft piano, vintage organ, dulled drums and the slightly blurred near masculine vocals of Victoria Legrand to create something that is pleasant, consistent in its sound, and full of temperate atmospherics. However rather than becoming victorious through its subtleties and polite arrangements Teen Dream ends up drifting smoke-like away, with no heat from the remaining embers. Take a song such as 10 Mile Stereo which tries to build the gap by enveloping the listener with a simple plodding drum sound and intertwining quartz-like shimmering guitar that gradually elevates into something a little shoe gaze. In theory it sounds rather magical and special. In practice the song shrugs its shoulders afterwards and walks away. Maybe we sound a little harsh here, Teen Dream is certainly not a poor album, but many of the songs blend and mould into each other in a way that leaves a fogged and empty feeling.
We don’t have one of those album of the year spreadsheets, but if we did, we wouldn’t be typing Teen Dream into it. If this review is a reaction to all the reviews of praise, then so be it, but in all honesty Teen Dream fails to move us and is mainly forgotten once we press eject on our player.
Posted by Breaking More Waves Blog at 00:01

From the mouth of the Vinkasaur said...

I heard one track and thought they sounded like wallpaper, so I find it strangely convenient that they chose wallpaper as their album cover :)

You're review here prompted me to go and have a listen on myspace. I have heard the hype and no doubt have heard them played on the radio but thus far have failed to put the name to the radioplay. This usually occurs when the songs on the radio are not memorable enough for one to believe that its the same hyped band you've been reading about.

I must admit that phrases like "recorded in a converted church" (insert cave, disused watermill, log cabin in a remote region of the canadian rockies in place of church as you see fit) always sets alarm bells ringing for me. Why should it matter a hoot where the album is recorded as long as the equipment is good quality. This seems to me to always be a marketing claim to draw in a certain type of music fan.

I'd have to agree with you that this stuff is aimless, noodling and all in all distinctly underwhelming.