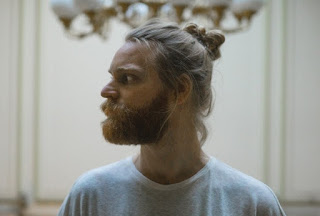 When I introduced Sam Ryder on the blog this February he had 2.6 million followers on Instagram. By November that figure had risen to 3.5 million. To give some context that's the same number of followers as Charli XCX and she's been doing music for over 10 years.

It’s easy to see why. His posts are incredibly engaging, his personality clearly huge. But most of all the reason why people lap up his social media like he’s new music’s version of Kylie Jenner is because of his incredible vocal talent; the man can sing the underwear off a celibate and he loves showing off that skill on his posts. (Don’t worry, he doesn’t actually make people’s clothes fall off that really would be an odd skill). It’s starting to transfer to real life as well – his UK tour in January is completely sold out.

Take a listen to his vocal on his version of his song More recorded in the V&A in London. It covers all bases. From angelic choirboy, to mellifluous boy-band balladeer to gritty rock star in the making. He makes music that is broad and could have Capaldi like mainstream appeal if he releases the right song and gets the right support, but his sound is (just) flecked with just enough edge to not make it schmaltzy.

With one EP (The Sun's Gonna Rise) released in September and a new single called Spaceman due in January, Sam could easily be shooting for the stars. Not every act on the Breaking More Waves Ones to Watch list has commercial appeal, but Ryder could be one that has.

Email ThisBlogThis!Share to TwitterShare to FacebookShare to Pinterest
Labels: Ones to Watch 2022, Sam Ryder