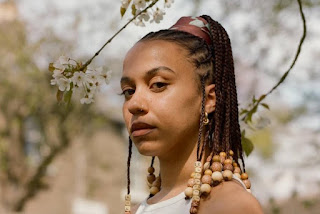 The third artist on this year’s One to Watch list is Pip Millett. (Her real name is Georgia, but Pip has always been her nickname and Millett is her mother’s maiden name)

Pip has been drip feeding music since 2018, including 3 Eps: Do Well (2019), Lost In June (2020) and the recent Motion Sick (2021), growing her audience to the point where she is now able to play a sold out tour - unfortunately a number of her recent dates had to be rescheduled to January due to laryngitis. She’s also appeared on the most recent series of Later…with Jools Holland on BBC2, performing in an empty swimming pool. (People who have followed me on Twitter will probably realise that I think this is essentially a case of #musiciansinthebath on a bigger scale)

However, irrespective of empty bathing facilities, her music, which is what we are focussing on, is beautifully chilled and soulful; fans of the likes of Joy Crookes and Jorja Smith will relish what she does. And just like Crookes and Smith, the most appealing quality about Pip is her voice. It’s warm late at night creaminess is gorgeous and could work its way into a lot of hearts if her future songs connect with people.

Email ThisBlogThis!Share to TwitterShare to FacebookShare to Pinterest
Labels: Ones to Watch 2022, Pip Millett