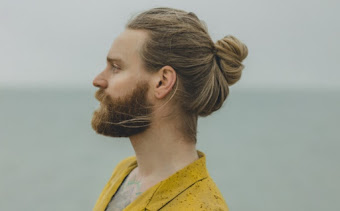 Today’s artist already has 2.6 million followers on Instagram. His Tik Tok account was named the most popular UK artist account of 2020. Yet his ‘official’ debut single Whirlwind only dropped earlier this week. (A previous song, a cover of  the classic rave track Set You Free by N-Trance was released in 2019 and can still be found on Spotify).

If I was a betting man I’d be putting money on Sam Ryder flying as high very soon.

How’s he achieved that online following? Is it because of some past participation in a reality TV show? No. Is he a member of a now defunct high flying boy band? No. (Although he has been in various music projects since 2009 including previous bands such as The Morning After and Close Your Eyes - nope, I'd never heard of them either). Does he have a famous mother or father or slept with someone famous? No. (Or not to my knowledge at least!)

He’s done it because, put quite simply, he’s got it. He seems to be able to turn his hand to any style and nail it. Pop, rock, soul – he can do it all. He has a vocal delivery that is rich and full bodied. He has the personality – take a look at his Instagram (samhairwolfryder) and let him grab you with his enthusiasm and humorous expressions. He has the looks – part Viking, part surfer dude. If he’d been on the X-Factor he would have won hands down.

Put aside some time because once you’ve watched one of his covers on social media you’ll probably be going for a deep dive as he performs clips of The Weeknd, Lady Gaga, Elton John, George Michael, Blondie and many more.

If you’re a fan of Rag ‘N’ Bone Man, Jon Newman, Passenger or Hozier you’ll probably find a lot to like about Sam Ryder. Let's hope he doesn't go back to running a vegan coffee shop (as he was doing not so long ago) in the near future.

You'll find Whirlwind on the Breaking More Waves New Music Weekly Playlist which will be uploaded to Spotify around 13.00pm on Friday 26th Feb. This is just the start.