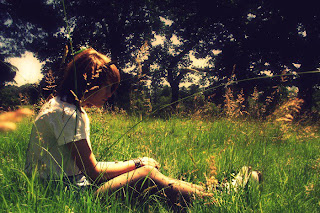 We’re not quite sure if in the early / mid 90’s somewhere down in the west country a local bye-law was created requiring parents to put certain additives in a girl babies milk and send them to guitar lessons before they were even out of nappies, but right now there seems to be an outpouring of youthful creative acoustic female song writers from the region that have plenty of quality. Spearheading the charge is Gabrielle Aplin, who at the time of writing is sitting pretty amongst the likes of Rihanna and Coldplay in the iTunes UK top 15 with her fully independently released EP Home. With over 6.5 million plays on her YouTube channel and more than 35,000 subscribers, 25,000+ likes on Facebook and 9,000+ followers on Twitter a major label deal seems almost inevitable – she comes as a rising star with a fully formed fan base. Next up is Alice Jemima. We’ve featured her refreshingly innocent music a number of times on the blog and although she’s yet to release a single or EP, she’s currently working with Andy Chatterley (producer of Kylie Minogue and Nerina Pallot) to flesh out her sweet sparse guitar songs. When Alice plays live she seems to be able to charm everyone in the room with her shy but utterly engaging performances.
So today as we’ve already covered Gabrielle and Alice and love them both we’re featuring another of these Bristol / Exeter borders singers. We stumbled across her on the bottom of the bill in a Kentish Town boozer on a dreary winter weekday evening a while back and she immediately brightened our world.
Maz Totterdell is from Crediton in Devon. The back story (according to Wikipedia) is that Totterdell started performing at open mic nights ran by her mother from the age of 9. Then in July 2007, when she was 10 years old, she reached the final of the UK Unsigned talent competition, which took place at the Hackney Empire, London. She’s picked up some fans at opposite ends of the musical spectrum with both Terry Wogan and Steve Lamacq giving her debut single Counting My Fingers a spin on their respective radio shows in the UK. We suspect however you’re far more likely to see Mr Lamacq propping up the bar with a pint of cider watching Maz play live than you are Mr Wogan.
Like many of her contemporaries you’ll find plenty of Maz on You Tube including the almost obligatory acoustic cover versions, but once she’s caught your attention with other artists songs it’s her own highly accomplished work that draws repeated listens. Maz’s tunes have a graceful nu-folk simplicity and straightforwardness that is really rather lovely, it’s fair to say we were smitten from pretty much the word go.
Maz Totterdell - Never Say Never