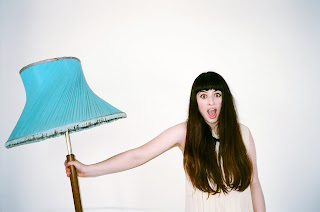 When we first posted about Loui Rose back in August it seemed that nobody was interested. Then suddenly a few months later when she appeared under the guise of Foxes with the patronage of Neon Gold records there was a small surge in interest towards our original feature and her name began cropping up on a number of blogs.

Today marks the release of Foxes debut single. It’s called Youth. The surname Rose is appropriate because Youth is what we (and quite possibly you) like to call a grower - not in a bad way like fungus or mould grows - but more akin to a beautiful flower slowly opening its petals. That is if a rose was a euphoric electronic dance pop anthem.

To celebrate its release we’re streaming this rather drumtastic remix from Monsieur Adi.

On the subject of appropriate names we wonder does Monsieur Adi actually have a first name?  If he does then why its non-use? The formality of ‘Monsieur’ seems more appropriate to a solicitor or an accountant than a French dance pop remixer. But then Mr Oizo (also from France) did it, didn't he? Then there was Mr Mister, who took the whole name-as-a-title concept to a whole new level that we’ll probably never recover from.

Foxes plays The Slaughtered Lamb in London on January 18th and the Old Queens Head a month later on the 16th. Have a listen to the remix (which is free to download) and ponder the many complexities of name, titles and pseudonyms in pop music as you listen.

Email ThisBlogThis!Share to TwitterShare to FacebookShare to Pinterest
Labels: Foxes