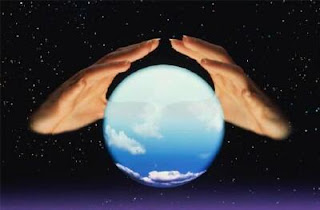 Welcome to December, the time of year when the music industry seems to do very little than pump out Greatest Hits albums and guzzle itself silly on cheap champagne. It’s also the time where everyone goes list crazy. Best of 2010’s will be all over the place, and by New Year’s Eve you probably will want to drink yourself into oblivion just to get away from them.

So let’s start with our Ones to Watch for 2011 and explain the rules of engagement. The criteria for our Ones To Watch list is of new bands and artists that we believe possess the ability to do something that is worthy of attention. In some cases this may mean having commercial success, for others it may be a critically acclaimed album, some fantastic live shows or creating something a little unusual or ground breaking. It may even be that we are just fascinated with the media buzz about the band and want to see if the artist will rise to justify the hype or drift into a backwater. It’s not just a ‘next big thing’ list, but simply as the title says, a list of artists that we will be watching carefully during 2011. If you are a regular reader of this blog or are part of the music blogging community many of the artists on this list will already be very familiar to you, although there may be the odd undiscovered gem as well.

Last year we published five criteria that defined our Ones to Watch list for 2010. Amongst those criteria were that the artist couldn’t have appeared on any previous Ones To Watch list (thus excluding Marina & The Diamonds who we put on our 2009 list), couldn’t have released an album or mini album (which excluded The Drums following their previous release of a 7 track EP) or have appeared previously as a member of a successful band but was now solo (excluding Rose Elinor Dougall last year). This year we’re relaxing those rules and the only criteria for appearing on the list is that in the eyes of the general public the artist must be new, not be a reality TV or soap star and have not yet had a Top 40 hit single in the UK. However we are also adding one important rule – the artist must be a UK artist – after all Breaking More Waves is very much a UK based music blog.

So for the next 10 days, starting later today, please enjoy our Ones to Watch for 2011. Let us know what you think of our selections. In the meantime here's the artist that was number 1 on last years list - Ellie Goulding - covering Black and Gold by Sam Sparro with a certain Starsmith on production duties, from a while back. Keep an eye out for him in the next few days as well.

Email ThisBlogThis!Share to TwitterShare to FacebookShare to Pinterest
Labels: Ones to Watch 2011