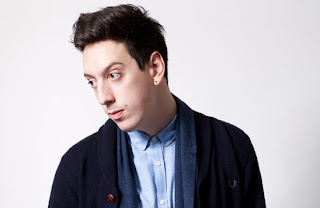 Rather like our #2 choice in our Ones to Watch list – James Blake – Starsmith is another producer turned artist in his own right who is probably best known for bringing the slick electronic wizardry to Ellie Goulding’s debut album. We’ve already given coverage to his Ritchie Family sampling debut single Give Me A Break (here) released via Neon Gold and his mellow piano and synth instrumental We Leave Tonight (here), both of which have shown different sides to that of much of his remix and production work. Yet it won’t be until 2011 when Starsmith releases his own album that he will find his own true voice – in terms of both a concept and a reality – as he has already hinted that many of the songs on the album won’t be sample based, but instead feature his own singing as well as a number of guests – rumours suggest that Ellie Goulding, Stine Bramsen from Alphabeat and Imogen Heap are all involved.

If Starsmith can take his production abilities – knowing exactly how much bass to drop at one particular moment, when to raise the synths to a higher level at another – and add songwriting skills, then he could very quickly become one of the UK’s premier pop exports on his own terms and no longer just be the backroom boy.

Knuckleduster by Starsmith
Posted by Breaking More Waves Blog at 00:01

Email ThisBlogThis!Share to TwitterShare to FacebookShare to Pinterest
Labels: Ones to Watch 2011, Starsmith