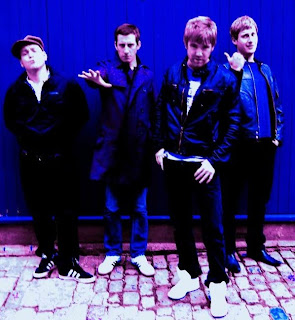 Chelmsford may not have a particularly rich musical heritage, its biggest claim is hosting the overtly corporate festival monster that is V Festival, but residents The Milk are a band who put a bit of swagger into its heart.

The Milk do a superb take of 60s r'n'b and soul, a sound that refuses to go away and still proves incredibly commercial – with everyone from Plan B to Cee Lo Green taking reference points and delivering sales with it.

The band consist of Ricky Nunn (guitar, lead vocals), Mitch Ayling (drums, backing vocals), Luke Ayling (bass), Dan Le Gresley (guitar, vocals) and whilst it would be easy to accuse them of being simply northern soul revivalists, The Milk are very much of the here and now. They’ve been working with hip-hop/electronic DJ-remixer Brad Baloo from the Nextmen to give them a contemporary edge and from what we’ve heard their live gigs feature snatches of hip-hop breaks in between the songs to make the whole show flow in a constant.

As we identified back in September, our favourite song so far is Chip the Kids a brisk disco influenced groove that bounds with brassy gusto and tantalising secular rhythms. It’s impossible not to dance to and has the most authentic young soul rebel sound we’ve heard since Dexy’s Midnight Runners – and that’s quite a compliment. We understand that the band are currently beavering away to produce an album which should drop in 2011 and have dates lined up at South by South West in Texas as well as the Snowbombing Festival in Austria.

Bringing modern soul to the UK, The Milk could be the cats that get the cream. Their licks are full of goodness.

The Milk - Chip The Kids (demo) by partisanpr
Posted by Breaking More Waves Blog at 00:01

Email ThisBlogThis!Share to TwitterShare to FacebookShare to Pinterest
Labels: Ones to Watch 2011, The Milk

This song is fucking amazing. Is there any way to buy or download an mp3 of it?

Correct. Alas not yet.