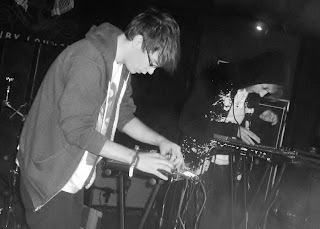 One question we often get asked by our less aware music loving friends and associates is “where do you discover all your new music from?” The answer is not so simple, because there simply isn’t one source. Yes, of course the internet has made things easier to access – from tracks we receive directly from bands, PR companies and record labels to reading other on line music publications and blogs. Yet still the best and most satisfying method of musical discovery is in the live environment. It’s the reason why we always turn up early at gigs to catch the support acts, travel significant distances to watch bands play half hour sets in grotty half full pubs on a rainy Monday night and will often journey to the smaller stages at festivals to watch the bands that we haven’t seen before. Sometimes this dedication brings rewards, such as the time we caught a virtually unknown band called Radiohead playing bottom of the bill in a small arts centre in Reading or more recently, Adele playing a 90 capacity upstairs room in a pub in Brighton.

It was this manner of discovery that we first came across our eighth One to Watch for 2011. D/R/U/G/S may not score many points for their name, but to use the well-worn cliché it’s the music that counts – a hallucinogenic flow of agile loops, beats and samples that hark back to the halcyon days of Orbital and the more modern thug beats and drone dance of Fuck Buttons. Rather like these other duo’s shows there may not be a guitar in site and most of their time is spent hunched over their gadgetry, heads bobbing, but they are quite stunning live – their semi-improvised radar pulse being spacey and hypnotically brilliant. D/R/U/G/S are two long term friends named Cal and George. In the past both have kicked around in other bands, but it was only when nine months ago that they started creating their new sample-sumptuous sound that they began to believe that they were creating something of artistic worth.

D/R/U/G/S sound is unlikely to infiltrate the mainstream, but give them a late night slot in a big top filled with dry ice and strobes at a summer festival in 2011 and D/R/U/G/S could take their audience to a better place.

Email ThisBlogThis!Share to TwitterShare to FacebookShare to Pinterest
Labels: D/R/U/G/S, Ones to Watch 2011

name looks familiar, had to grab this remix, just too cool. from what i'm hearing, show sounds like it would be massive - lights, smoke and all this. drowning the audience in sound. proper! as it should be. i'll look more into this guy in the future, sounds my speed. 2011 for sure! nice one - x

Awesome. Love these D/R/U/G/S dudes. Will have to check out further.