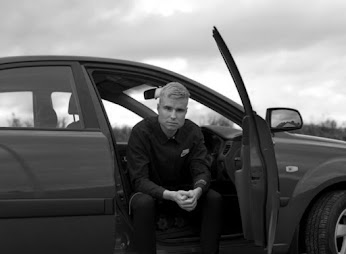 As Breaking More Waves starts 2021 with a revised objective of just introducing new artists, proceedings get going with one that missed out being included in my Ones to Watch 2021 series last November and December by a fraction of a millimeter. If the Ones to Watch list had been 15 long he would have certainly been included. Instead For Those I Love is the first musician in a feature that simply goes by the title NEW, which I hope will run all year (see an explanation on yesterday's blog post by clicking here)

For Those I Love has already appeared on the BBC’s Later and been tipped by the Guardian in its 30 for 2021 feature after releasing just two tracks. However, take one listen to his debut I Have A Love and you’ll understand exactly why. There’s a unique personal poignancy and poetry to Dave Balfe’s words, which is delivered in his charismatic Irish accent. The spoken word styling reminds me a little of Endless Art by A House for anyone who remembers that.

Balfe was previously a member of rock collective Burnt Out. If that name isn't familiar, but have seen The Murder Capital live, you may well have heard one of their songs without realising it. It’s called Dear James and is played out as the band take to the stage at their gigs.

Sadly Dave’s Burnt Out band mate, poet and friend Paul Curran passed away from suicide in 2018. As a result the forthcoming debut album from For Those I Love in part plays tribute to his mate, stapling together many of his memories whilst also exploring experiences of growing up in working-class Dublin.

There have already been some comparisons with the first record by The Streets, as I Have A Love takes a journey from haunting piano chords and stillness to late night club culture. It’s an impressive and powerful piece of work that feels, despite the subject matter, both exultant and calming. The album should certainly be one to keep an ear out for.

For Those I Love - I Have A Love

For Those I Love · I Have a Love
Posted by Breaking More Waves Blog at 07:00

Email ThisBlogThis!Share to TwitterShare to FacebookShare to Pinterest
Labels: For Those I Love, New