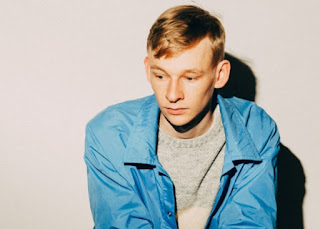 It’s not until about two minutes and fifteen seconds into Canadian newcomer Boniface’s debut song that you’ll probably find yourself turning the dials up to maximum. I Will Not Return As A Tourist starts as a pleasant enough singer-songwriter soft-synth effort with a meandering and pictorial storyline, but if you think that’s your lot you’re very much mistaken; because before you know it someone finds the musical version of a confetti canon, pulls the trigger and we’re suddenly all lifting off to planet rave, high fiving on the glories of being alive.

There’s not much of a back storey with Boniface at the moment – all I really know is that he takes his name from where he grew up, that he appears to be a wearer of sensible pullovers and that this song is about drifting around and wanting to be a participant rather than an observer in this big thing we call life: “I can’t keep up with my mind, it’s always rushing to the next love, but when I return I swear it will not be as a tourist.” It’s released today via paradYse/Transgressive.

An alluring and curious pop song.

Boniface - I Will Not Return As A Tourist

Email ThisBlogThis!Share to TwitterShare to FacebookShare to Pinterest
Labels: Boniface

Impressive - thanks for the tip off!