End Of Year Tips - Are We All Bored Of Supporting Artists For The Long Haul? 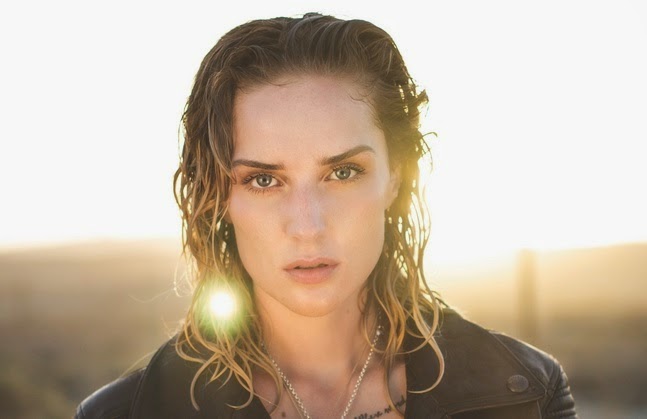 This has been a week of looking forward hasn’t it? First there was Breaking More Waves own Ones to Watch 2015 posts, then there was announcement of the Brits Critics’ Choice Award nominations (Years & Years, James Bay and George The Poet). Next up will be the BBC Sound Of 2015 List (revealed around midnight on Sunday night / Monday morning) and then the day after that the results of the UK Blog Sound of 2015, which in a similar manner to the BBC list asks UK bloggers to nominate their 3 favourite emerging acts. As one of the organisers of the Blog Sound Poll we’ve already seen the results of that one and whilst we’re not giving anything away yet we’ve been told by the producer of the BBC Sound of List that although there’s a bit of crossover between the two lists, they differ quite a lot. As you’d expect the blog list has come up with a lot more specialist / alternative / underground names than the Sound Of 2015 list.

Whether it’s a tip list from a small blog like this or something much more wider reaching like the BBC’s Sound of list, we’re well aware that one of the dangers of all this crystal ball gazing is that there’s a potential for the lists to compartmentalise music into a window of opportunity; if the artists selected don’t come up with the goods in a particular year then they become expendable. There’s always some new young whippersnappers ready to be thrown up and pushed into the headlights in the next year of lists.

A classic example of this is Azealia Banks; championed by many blogs and end of year lists (not ours though, we weren’t impressed – although we do think 212 was a pretty incredible track) back in 2011, by the time she released her much delayed debut album this year we saw a number of comments on Twitter from those who had previously supported her suggesting that they didn’t even care to even listen to the album now. We think its something to do with those horrible words 'relevance' and 'zeitgeist'.

So whilst we’re excited to see what our Ones to Watch 2015 selections do, it doesn’t mean that we’ll just close and bolt the shutters over that window at the end of the year. Sure, some artists won’t go the distance and will just stop making or releasing music, some won’t impress us as much as we hoped they would, but as Breaking More Waves is a fan blog, not a blog that is or wants to be part of the music industry, we won’t stop listening to an artist just because they are no longer ‘relevant’ or popular. The music industry however does seem to be taking an ever more short term view - if the artist doesn't sell well at the start, they're unlikely to be supported any further.

We think the majority of blogs that aren’t written by music industry insiders or that are heavily connected to the business operate in this way – supporting artists they’re fans of over a sustained period of time, providing the music is good (good of course being a highly subjective word). It explains for example why the band Daughter featured two years on the trot on the Blog Sound of poll – we couldn’t imagine an artist appearing for two successive years on the BBC list.


So here’s an artist that typifies this idea. She's one that we’ve been supporting on Breaking More Waves since June 2012. Indiana could have easily appeared on our Ones To Watch list for 2013, 2014 or 2015, but ultimately appearances on tip lists has no influence on if the music is good or not.


Only The Lonely, which isn’t a cover of the Roy Orbison classic, is a new track from her forthcoming album No Romeo and will be familiar to anyone who has seen her live recently; it’s a euphoric sounding crowd pleaser, sonically far less dark than some of her previous songs. The album  is, after what seems an age, released on January 19th, this song a week before that.

Indiana - Only The Lonely

Email ThisBlogThis!Share to TwitterShare to FacebookShare to Pinterest
Labels: Indiana

I'd agree that the closer a blog comes to becoming part of the industry, the more buzz/ relevance takes over and everything becomes very short term- but don't you post a lot of buzz acts?

Our choice to post some new music from an artist depends on a number of factors on 1) If it is on our radar 2) If we like it 3) If we have time to post about it and 4) (Occasionally / partly) If we have something to say about it.

If certain 'buzz' acts meet the above criteria then we may well write about them. Just because something is buzzy doesn't inherently make it bad - the buzz might be because a song is actually very good.

But then if the artist continues to fulfill the criteria above we'll continue to post about them. For example look at Little Boots - on all the tip lists at the end of 2008, still releasing songs we like, so we're still posting about her.