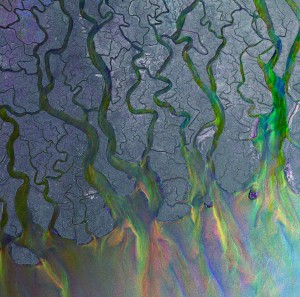 When we first wrote about Alt-J back in October 2011 we said that they were “one of the most interesting bands we’ve heard in a while.” Over a year later that statement holds very true. The band have gone from being a Blog Sound of 2012 longlisted act last December to one of the breakthrough bands of the year and to cap it off, winners of the Mercury Prize.

An Awesome Wave deserves all the accolades it’s received. A genre-melting mix of folk, wonky pop, weird monastic chanting, dubstep and electronica combined with lyrical references that include cowboy and western films, the seedier side of Southampton, the film Leon, your mum coaxing you to sleep, shapes used as metaphors for spooning girlfriends, twentieth century war photographers and er… sex with cleaning implements. “In your snatch fits pleasure, a broomstick pleasure,” is probably one of the oddest and most disturbing lyrics you’ll hear all year.

An Awesome Wave stands out, because in a decade where pop music seems bereft of original ideas any more, Alt-J have grabbed as many as they possibly could, thrown them all into the cauldron, whizzed them around and come up with something that is a little bit surprising, entertaining and unique.

Email ThisBlogThis!Share to TwitterShare to FacebookShare to Pinterest
Labels: Albums of 2012, alt-j