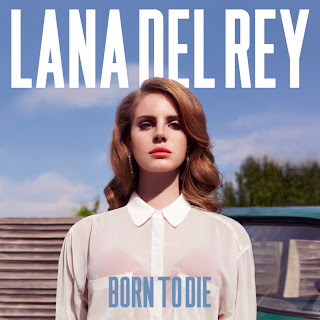 After the hype, gossip, and sensationalist 4-real authenticity debate that greeted Lizzy Grant aka Lana Del Rey as she emerged into the spotlight, this collection of sumptuous and rich songs received a critical slapping in the U.S. “It’s the album of a faked orgasm– a collection of torch songs with no fire,” said Pitchfork. “Given her chic image, it’s a surprise how dull, dreary and pop-starved Born to Die is,” said Rolling Stone.

Yet Born to Die is Breaking More Waves favourite album of 2012. If the orgasm is fake we’d take this wonderful piece of acting over some half-hearted whimper of a real one from a half asleep housewife who just wants her buttons pushed as quick as possible so that she can go to sleep. And if being pop-starved means producing a record that’s capable of getting in the charts without sounding like another Poundland Rihanna wannabe then we’re more than happy to listen.

Thankfully our homeland’s press largely agreed with us. “A delicious hybrid of Portishead and Nancy Sinatra,” suggested The Independent on Sunday, whilst the likes of the BBC, Mojo, Q, NME, Telegraph and The Fly all gave Born to Die positive reviews. There seemed to be a wide division between UK music critics and American ones, even though Del Rey herself is American.

Let’s not beat around the bush here, Born to Die is our most played album of 2012. It has soundtracked our spring, summer, autumn and winter. It’s the record that’s moved us the most. The one that we’ve connected with more than any other. The one that has turned us into a besotted fan. The only one where we’ve found ourselves learning every lyric without even trying.

Born to Die is a pop record, but a fascinating and absorbing pop record. It’s distinctive, full of melody and strong choruses, but more than that it’s an album that smoulders with intelligence and dare we say it, concept. It’s a very cinematic album, both in terms of its lush arrangements but also its lyrical themes and Hollywood symbolism where Del Rey takes the role of the femme fatale, the trailer trash girl and tragic lounge singer. It’s an album about submission, co-dependency and drips with woozy downbeat sadness.

When we first featured Lana Del Rey in May 2011 we had no idea about the tsunami of internet chatter that was about to follow her. However, she rode this wave incredibly well and delivered an album that we've fallen in love with. Born to Die is our favourite album of 2012 by a country mile.

I would have nominated The Paradise Edition of the album, but I agree! Nothing else released in 2012 even comes close to being as amazing as BTD, for countless reasons.

So Lana went the distance eh ;) It was more of a two month stand for me.

Will she be a one album wonder ?

She may be a one album wonder - in a way I hope she is, in so far as I perceive Lana Del Rey as being like a character in a film, and I don't particularly want lots of sequels - I like the idea of the record being a one off project for me to treasure. Because also as much as I love Born To Die (and the accompanying Paradise edition) I don't really want any more of the same - for me that would then detract from the original.