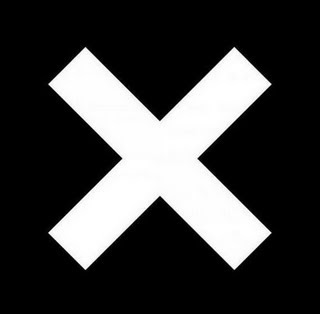 Here are some words that describe the debut album from The XX. Beautiful, minimalist, understated, restrained, downbeat. It must be something that they put in the water at Elliot School comprehensive in Putney, because The XX step out from the same place of education as did Burial. Now of course Burial released the mighty Untrue, another record that was beautiful, minimalist, understated, restrained and downbeat. Yet The XX’s template is much more pop. In fact if the songs on this album weren’t so gorgeously lackadaisical we could imagine a group like the Sugababes or Girls Aloud covering one of them and having a big hit.
XX is a cohesive and sparse record that demonstrates that it is still possible to take something unique and hazily wonderful from the genre that is known as indie. The album is constructed from touches of darker new wave bands such as The Cure in the ghostly guitar sounds, electronic beats that avoid elaboration and the unembellished sultry tones of dual boy girl vocalists Romy and Oliver. The two of them claim they are not a couple, but sound perfectly matched for each other, trading lyrics concerning relationships making up and breaking up throughout the album in sultry, dulcet tones.
But despite the unique laid back atmosphere of this album, where the space between the notes matters as much as the notes themselves, what stands out are the songs. Gorgeous, sensual songs that make no grandiose attempt to grab the attention with big riffs and epic choruses. Instead The XX softly sneak into your bedroom, lift the covers and climb in without you even noticing until their arm is around you.
If you haven’t yet been seduced by The XX, do yourself a favour with any cash you receive this Christmas and buy this album.
Our original review is here.
Posted by Breaking More Waves Blog at 00:01

Email ThisBlogThis!Share to TwitterShare to FacebookShare to Pinterest
Labels: Best Albums Of 2009, The XX

The Elliott school is incredible... Four Tet and Hot Chip came from there as well!

Just makes me wonder who can beat them to take #1. Phoenix? Wild Beasts? Animal Collective?

Nope nope and nope - although all of those albums are very good, they haven't made The Top 10. No.1 is a very personal choice that hasn't featured on any other lists that we have seen (well, apart from 1 but even then it was in the low 30's.....)

And before anyone suggests it, no it isn't Little Boots.