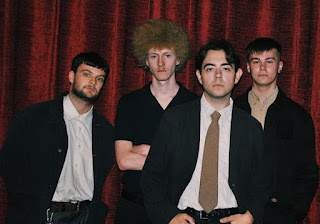 Looking back at the Breaking More Waves One to Watch lists over the last 13 years I’ve managed in that time to pick a number of commercial big hitters. However, the reason this has always been called Ones to Watch is because some of the chosen acts are probably never going to headline Glastonbury or have a top ten album – but that doesn’t mean they’re not worth watching for other reasons – a fantastic live show or just producing some cracking singles  even if they never get played on the radio or only have a few hundred streams on You Tube. Having said that the crystal ball is very foggy - when I selected Florence & The Machine as One to Watch in 2008 I suggested that her music was too leftfield to ever be commercially successful.

It’s why, over the years, when there has been an artist local to me that I feel is deserving of attention I feature them on the Ones to Watch list. Whilst Breaking More Waves has never been a local music blog, where there is great new music coming out of my local scene (Portsmouth and the surrounding area including the Isle of Wight) I feel it’s important I highlight it. This is why previous Ones to Watch lists have included the likes of Curxes, Jerry Williams, Lauran Hibberd and Coach Party and this year I’m including Portsmouth band Hallan who are without doubt the most exciting band to come out of Portsmouth over the last year or two.

First featured on Breaking More Waves this March I described this four piece’s music as growling with a monstrous amount of atmosphere and punkish strut. They’re part of the growing number of UK bands that have been energised by the shit show that society has created over the last few years, delivering deadpan observational storytelling in a menacing drawl whilst guitars and drums sneer in the shadows (there’s another one to come on this list in a few days time).

With three singles on streaming services, the most recent of these, Modern England released through Nice Swan records found the support of BBC6 Music even achieving playlist status. They were also a band that I had booked in for what promised to be a packed, frantic hometown show at Dials Festival 2020 until Covid-19 stamped on the live music industry. Portsmouth has always struggled with an island mentality with it's music scene but with Hallan it already feels that they're taking steps to expand way beyond the south coast. Let’s keep everything crossed for 2021 and that Hallan can deliver some more post-punk bangers and that they are able to play some throbbing, sweaty gigs soon.

Email ThisBlogThis!Share to TwitterShare to FacebookShare to Pinterest
Labels: Hallan, Ones to Watch 2021