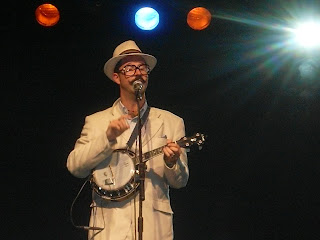 This Wychwood festival isn't by any chance connected to the Wychwood Brewery is it?

No not at all. From the festival websites info page

" The festival’s name comes from the ancient forest that once covered large parts of Oxfordshire, but the festival has found its own home over in Gloucestershire and is steadily becoming that county’s largest music festival."