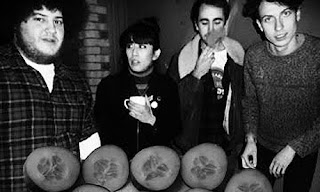 Brand or band? It’s an argument that seems to be cropping up a lot recently. Ask the Sugababes and the answer is simple. Brand. As a group of identifiable musicians or personalities the concept of the Sugababes no longer exists. Members can be replaced and the brand continues.
As the viability of music as a commercial revenue stream decreases, the brand becomes all important in generating income. For a band to be commercially successful it now seems that music is just a small part of the package. Synchronisation earnings are as important as selling CD’s or downloads for a significant number of artists who want to make a living from music. Right now in this rapidly changing world bands need to find a brand that people identify with to generate income. One day maybe a band will form and be a huge commercial success without ever releasing a song. We suspect that time will come.
So what happens when your brand doesn’t generate the money you hoped it would? It seems that one model is to re-brand. Fear of Flying became White Lies. Delphic have operated under different brands before finding some commercial success. Ex-members of Mumm-Ra are currently trading under the name Mirrors. Change the product, the image, the style and the music (yes the music is only a part of the re-branding) and commercial success may come your way.
Now of course this all sounds very cynical. We’d like to believe that bands just evolve naturally. Personal differences and life changes sometimes lead to a band splitting up. Sometimes some members remain and form a new band / brand with a new name.
This brings us to the subject of this post. Yuck are a band who test the branding argument right from the word go. Not because they don’t have good product, but because they have the worst name for a group we have ever heard of. Even worse than Natalie Portman’s Shaved Head. (If you haven't heard of the later, trust us they exist, just Google them.) Furthermore they’ve evolved from a previous band, two of their number having once been Cajun Dance Party. Remember them?
The music that Yuck create is, on the evidence of the two demos on their Myspace, nothing like Cajun Dance Party. Georgia is a fuzzy, swirling pop song reminiscent of The Pains Of Being Pure At Heart, Yo La Tengo or Ride whilst the gorgeously quiet Automatic is a slow candlelight ballad similar to something you might expect from Spiritualised or Mojave 3. We have been playing it on repeat for the last couple of weeks almost non-stop. It really is that good. It’s very early days for Yuck, having only set up a Myspace page two months ago. However in terms of the music, on the limited evidence we have heard, Yuck deserve your attention. On the question of branding, we’re not so sure yet. Just judge the songs yourself. Click here and you can download and listen to the two songs we’re talking about, legally, for free in the January section of the Yuck blog. With a quick scan of the internet we've also managed to find one piece of footage of the band playing live from just a few days back. The song here we believe may be called Rubber. A less melodic affair it's one for those who like their musical landscape filled with a cartilage of sustained shoegazey sounds.

YUCK- The Lexington from Stacy Martin on Vimeo.

Email ThisBlogThis!Share to TwitterShare to FacebookShare to Pinterest
Labels: Yuck

I don't really see a problem with the whole branding thing. My earliest memory of it would be Parva to Kaiser Chiefs - http://www.mantrarecordings.com/parva/biog.html is a historic relic! And it's difficult to say where artists like Lightspeed Champion (formerly in Test-Icicles) and Frank Turner (formerly in Million Dead) would fit into this.

Regardless, I don't think Yuck really falls into any sort of cynical branding issue. It just appears that once CJD folded, a couple of the band members went onto something new. Or I could be completely wrong and this is the work of sneaky marketing men. I'd hope not though.

I am sure you're right Saam. I'm sure Yuck is just a case of band splits, some of them still want to make music. But it gave me an excuse to write a little bit about the band or brand concept and with something like the Sugababes I believe it is a highly cynical marketing ploy.

Good piece. I.M.O I don’t think we’ll ever have a band who are successful without releasing some music or playing concerts but I get where you are coming from especially with many X factor artists having such short careers. Often they are at the height of their success when they are on the TV show rather than their careers that follow. Yuck ? What possessed them to take that name for the group.

Yes, brand X factor – that’s an interesting one. If a brand transforms something from just being a functional item to one that is desired and says something about the person, then X factor wins (or loses) hands sown. Someone who wears a Gucci handbag will be perceived differently from someone who carries a plastic Tesco shopping bag – but the item has the same basic function – a bag to carry things. Likewise Jedward and Jay Z have the same basic function – music to entertain yet many would perceive and attach very different values to each act due partially to their branding.