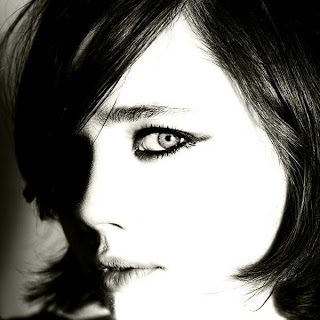 Rose Elinor Dougall will shortly be releasing her second single, Start / Stop / Synchro on Spanish label Elefant Records, who are based in Madrid. The label is probably best known for putting out some of Camera Obscura's work until they were signed to 4AD. An adventurous pop song, coated with grace and maturity, it shows another leap from her self released single. We catch up with Rose to talk about her new material, and her perceptions as an artist on such issues as illegal downloading and success.
Hi Rose. Ok first of all, we’re not going to ask you any questions about The Pipettes. Not because we didn’t enjoy them, but because we think that has been done to death elsewhere. So instead this is about the here and now and the future.
First of all can you tell us a little bit about the new single Start / Stop / Synchro ?

Yeah this is the second single off the record. I guess it is concerned with memories and remnants of moments passed, and trying to rationalise them in some kind of coherent way, to maybe find a way of moving somewhere else..

And then there’s an album to follow - Without Why. We hear that the title is based on a poem by Angelus Silesius? Can you explain why you have chosen that?

The poem was brought to my attention by a friend, mainly because it referenced roses, but then I read through the whole thing and I realised that it bore more relevance to the processes involved in the making of this record.. The quote is 'The rose is without why, it blooms because it blooms, It pays not attention to itself, asks not whether it is seen.'

I guess I couldn't really explain why I felt the necessity to write those songs, I just found myself compelled to do it, regardless of whether anyone else cared about them or not. I suppose a lot of the songs were methods of me trying to make some kind of sense of certain experiences, and part of me enjoys the idea of this being a futile pursuit, because i expect to forever be perplexed by life.

Referencing a german mystic and poet suggests that you are quite a cultured person. What extent does literature and art influence your music, and in what ways?

Ha!! Well, I try and read and engage with other art forms as much as possible, and that undoubtedly provides stimulus for my music, even if the influence is subconcious. Sometimes little phrases or images spark ideas that turn into something else. I think all of this stuff is about questioning, and so being aware of other peoples processes or potential attempts at answers is very important to me.

I left a fine art degree to tour with The Pipettes, but my time at university did help me to begin to understand how to deconstruct the creative process, to try and get to the root of the problem, to develop some kind of critical understanding of why I make what I make.

The list of your influences on your Myspace suggests this as well, with bands such as Broadcast, The Sundays (one of Breaking More Waves favourite bands ever !) and My Bloody Valentine suggesting an artistic and slightly old fashioned taste in ‘indie’ music before ‘indie’ became transformed by Britpop. How have you come about such tastes in music, as you are too young to have been around when these bands were releasing material?

Well I suppose I have always sought out music that registers with me in some way, and so that would inevitably lead me to discovering music made before my time. I suppose I do feel a little bit out of time, and I'm not really interested in what's trendy or fashionable, even though I do really care about contemporary music too. Some of this stuff was played at home when I was a kid and I have returned to it later on my own terms, other stuff has come to me through other people or by chance fishing through records. I think there is something about that late eighties, early nineties indie sound that appeals to me, maybe because its is still really concerned with the idea of 'songs' but also about exploring sound and atmosphere, and I can't help but feel that music has become far more cynical since the whole Britpop thing. Thats just one side of my musical taste though, a big part of it is focused on folk music, and then modern classical like Steve Reich or the Penguin Cafe Orchestra etc, and a whole load of other stuff that would take me too long to list.

What can we expect from the album?

Thats a very hard question for me to answer because I have been so wrapped up in it for over a year now, and now that its nearly finished I am trying to work out what the hell it is i've made! But I know it is a personal record, which I hope avoids being self indulgent, and I think it is an honest momento of the months that led to it coming to fruition. I think melody is the key element, but also that there is a wide enough sonic breadth within the record to make for something that is interesting and dynamic. I guess, it represents where I'm coming from musically right now, and whilst there are nods to the things that have influenced me I hope that I have managed to create my own aesthetic through that... Er, that all sounds pretty vague but I don't know how else to describe it!

You’ve been working with Lee Baker, what does he bring to the mix?

Lee has been great to work with. When I started to think about recording my songs properly I really wanted someone to learn from and challenge me, and tell me if I'd done a shit vocal take, and deconstruct my songs so that we got to the core of them. When I came to him all I had was a bunch of demos I had made in my room on my casiotone, so the songs were quite bare and could have gone in a number of directions. So me and Lee have been trying to find out where these songs should go, and its good cos he's never afraid to try anything. I think he has really engaged with where I'm coming from and I think that has led to a really interesting working relationship, which hopefully has brought out the best in my songs.

What do you want to achieve with your music? Assuming you want to have some success with it, how would you define success (We ask this question as we recently published an article on success and the music industry on the blog.)

Of course I want this record to be heard by as many people as possible, but really all I want is to be able to function, to be able to be in a position to make another one, to get to go around with my band playing for as long as possible, to make records that I'm proud of, and develop my songwriting and voice. I know that is probably a big ask, but I'm not expecting to get on the front cover of magazines necessarily; it would be wonderful if I'd made something that other people would want to listen to and relate to themselves..

As an artist what is your take on illegal downloading?

Well it's obviously a really complicated issue. Part of me doesn't really care because I just want to get my songs out there. I wish that the music industry could find a way of utilising the internet in a way that worked for both artist and music listener, and I do think programs like Spotify are potentially the way forward.The fact is its gonna happen, and you just have to hope that people are still interested in the object, and seeing live music.

And likewise what about artists who are giving away their art (their music) for free?

Well obviously most of the bands that have done it are already well established so can afford to take those kind of risks, and I suppose are relying on dedicated fans to buy the special box set or whatever. I'm all up for democratising music and all, but I don't really see how its a sustainable model for most bands right now. I do think that it's exciting that music can be made available without all the hassle of going through record labels, and I really like how instantaneous that is.

Um, well, i'm sure you say that to all the Pipettes, hah. I was never a massive fan of Revels, I always liked the Malteser ones, so probably just buy a packet of Maltesers then...

Caught the Huw Stephens sessions (which they already took down). Really dig "Find Me Out."