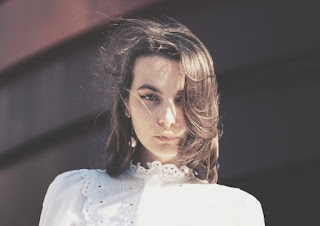 It’s been pretty quiet over at Breaking More Waves HQ the last month or so and will remain so for almost the whole of July whilst I’m on holiday and then hit up Latitude festival, but once we reach August it will be full steam ahead with new music posts.

However, before I take a break I want to highlight three things to you that may be of interest.

First is the Breaking More Waves Spotify playlist. It’s updated at the end of every month with all of the songs that I’ve posted on the blog in the previous month (assuming they are on Spotify of course). Due to the small number of posts last month the current playlist is under half an hour long – which I’m sure you’ll agree is much more manageable than those ridiculous 80 song long playlists you’ll find all over streaming services. You can find the playlist by clicking on this link (here) and at the bottom of this post. If you are so inclined you can follow it and enjoy the monthly updates.

Secondly, I’d like to draw your attention to a new music discovery festival that I help curate. It’s called Dials. It runs on one street in five small venues in Southsea, Portsmouth on October 5th and is in support of local mental health charity Solent Mind. In the 2018 I was the director for the event but I've handed over to someone else now, but am still involved this year in a booking capacity. 2019 will be the festival’s fourth edition and there are a number of confirmed artists on the bill that have featured on Breaking More Waves, including The Blinders (who played Glastonbury this weekend), Another Sky, Pocket Sun and another ‘sun’ band Saltwater Sun. The festival will be announcing a further 20 artists this Friday around 10am including at least a couple more that have been featured on this blog in the last month or so. One of them, Megan Lara Mae was sneakily announced here a few weeks ago. The festival is very small in size and excellent value at £20. Therefore if you’d like to come I’d recommend that you buy your tickets early to guarantee entry. You can buy tickets by clicking here.

Thirdly, some music. That’s the point of this blog after all. Here is a song that I’ve had on repeat the last few weeks. It’s from an artist that describes their current location as Berlin / Tel Aviv on their Facebook page. I assume that means that she’s based between the two rather than that she has magic powers that enable her to be in two places at once. However, when it comes to pop music it seems that Lara Snow does possess some sort of magic, because her single Swim Far is a bewitching banger that has put me under a spell. If you like the sort of electronic pop that Chvrches do then you’re almost guaranteed to like Swim Far. In fact drop the almost. You are guaranteed to adore Swim Far. To paraphrase Kylie Minogue I can’t get this one out of my head.