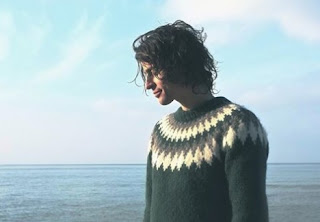 The world is a non-stop, take it all, hectic kind of place. Sometimes it feels like it’s all about to spin out of control. That’s why we need the music of artists like Tom Adams.

Cambridge born, but now residing in Germany, Adams’ music possesses the sort of tender beauty that might not only stop you in your tracks, but the whole world. Combining his gorgeous celestial vocals, melancholy piano chords and ambient electronics, these are songs that find a place alongside the likes of Nils Frahm and A Winged Victory For The Sullen for their breathless power and tranquillity, yet still have an accessibility that could comfortably sit alongside popular songs like Coldplay’s Fix You or Tom Odell’s Sense.

Having released his debut EP last year, Adams is due to release Silence, his long player on the 5th May via Kowloon Records. One of the songs that will feature on that LP is Come On, Dreamer, which not only should feature on every single Most Beautiful Songs In The World Ever playlist and compilation, but is accompanied by a stunning video that shows that below someone’s very straight appearance there might be a solitary yearning for something far more primitive and back to nature.

Besides Come On, Dreamer Adams has released another song, Sparks, which over its six minutes will make you want to shut your eyes and just take it all in.

Press pause on the world for a short time and listen to Tom Adams.

Tom will be playing live in the UK next month with a confirmed date at Brighton’s Great Escape Festival.