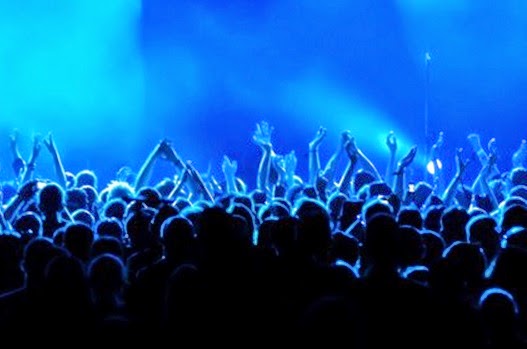 After last Saturday’s Record Store Day our Instagram and Twitter feeds showed everyone’s story; the queues they’d stood in, the records they’d bought and the media that they had played them on when they got home. It seems that those we follow very much fall into the set who spin their records on the nostalgic looking Crosley record players - you probably know the ones - it's the choice of the Urban Outfitters shopper and has a reputation for being cosmetically stylish but manufactured from cheap components and at best giving out below average sound.

However we digress, what those tweets and photos did was give a context and a narrative to the music those people now owned. This is something that an MP3 download or stream, despite its brilliant ease of use and portability, struggles to replicate. A picture of iTunes downloading an album just doesn’t seem as special as the ceremony of buying something on Record Store Day is it?

It’s the above mentioned context that turns passive consumers into fans. It might start with a photo of the record they’ve just bought, but by uploading that picture they’re stapling their personal identity to it, creating a little bit of history. A bit like buying a ticket to see the artist live. Once you have a history and some solid memories a relationship has been formed with that act – a potential fan is in the making.

And fans are important to the recording industry. More so now than ever before.

Because its fans that keep an artist’s career going in the longer term – they stick around, despite other temptations. These days with MP3s, streaming and the rapid turnover of new music it’s easy to be the musical equivalent of a wealthy sex starved businessman in a whorehouse, skipping from one artist to another without developing long lasting relationships. But fans aren’t like that; they’re prepared to accept the uncommercial and experimental third album or the odd duff track and still invest in the artist.

But to do that it's our opinion that fans need more than just the tunes.

They need something to hold onto, something to set their imaginations alight, to relate to, a story to share. Essentially they want to understand more about the artist. It’s why when Lana Del Rey blew up fans wanted to know about her past history and how Lizzie Grant became Lana. It’s why people were so fascinated Bon Iver’s back story about why he went to a cabin in the woods after he split up with his girlfriend and recorded an album. It’s partly why One Direction put something out on Record Store Day – because it gave their fans something many of them had never had before – vinyl – and created a shared story for fan and band. But sadly (here comes the moany part) our perception is that there’s an awful lot of artists out there right now who seem to have very little to say about what they stand for or have any sort of story to tell. MP3s and streaming don’t help of course – carefully written context setting sleevenotes aren’t usually part of that format’s equation.

This lack of context and history has also infiltrated new music blogging. We’ve communicated with a number of bloggers who don’t understand why we write more than just a couple of words about a song. “It’s all about the music,” they say. But is it? Isn’t it more than that? Don’t readers need to know more to fall deeply in love? Imagine meeting the most physically beautiful person in the world, going to bed with them, then spending the rest of your life with them but not knowing anything about them. It just wouldn’t work would it? It’s the same with relationships with music. Fans need to know the circumstances that surround the songs.

It’s not just bloggers though. Time and time again we’re receiving emails from bands and their representatives that say things like this, received a couple of days ago:  “I’d like to note that we're choosing not to use any social media sites for the time being. Only Soundcloud and Bandcamp. The idea is to keep things just about the music. Additionally we are refraining from using any member names or specific locations for now.” Great, so we play the song, we like it but because there’s nothing more the band are soon forgotten. Fans need the blanks filling in to make sense of it all.

So our plea – to artists, their representatives, writers and the media at large – if you want the musicians you love to have long term careers they’ll need fans, and to get them you’ll have to give listeners more than just the music. These days there’s always something else to listen to if you don’t.
Posted by Breaking More Waves Blog at 17:00

I think you hit the nail on the head here for certain genres of music particularly indie rock music. The indie stars of yesteryear when I grew up had full identity and context. For example The Manic Street Preachers – they had a really interesting social and political background, had loads of interesting reference points lyrically, in interviews has loads to say and had a strong visual identity and are still going now with a dedicated fanbase despite a few very average albums towards the end of what they have released. The last band I can think of that came close was The Libertines, and despite (imo)Doherty being a total knobend he still has a fan base because at least he had a story to tell. These days, are the likes of Peace, Superfood or Wolf Alice saying anything interesting? Sorry no they’re not, so as soon as they stop producing good tunes the ‘fans’ will desert them, rather than sticking with them because they believe in something bigger than just the songs.

Ironically the acts with the most to say and strongest identities today are in pop music and hip hop Kanye, Lady Gaga etc and when these acts aren't releasing their strongest work the fans stick with them.

Sadly though there are fewer and fewer who have a real fan mentality, most people under 30 just treat music as a soundtrack to their social lives and don't care if an artist lasts or not as long as there are good songs in the background whilst they neck their 2 for 1 drinks promos and try and get off with someone sorry I sound like a miserable old git now but maybe I am. I'm old enough to remember when discos / clubs were places to go dancing not to cop off with someone.

I'd agree with almost everything you say Scryst except for the bit about Superfood - do they actually have fans? I thought to first entertain the possibility of getting some fans you had to do some good songs ;)

Oh and not all under 30's don't care. Some do, so try not to be too miserable.