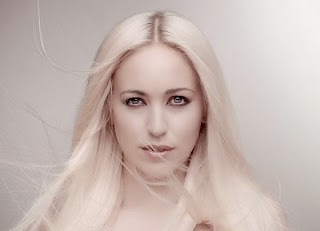 One of the greatest things about pop music is that you can never quite tell what it’s going to do and you have to throw all of your preconceived ideas out of the window and start again.

For example, take Margaret Berger. First she was on Norwegian Idol (in 2004). Then last year she represented her country on Eurovision. It doesn’t particularly bang at the door of credibility does it? But it was easy to ditch the cynicism once play had been pressed on I Feed You My Love. We went as far as predicting the song would win Eurovision back in February (here). It eventually came fourth, with our predicted runner up winning.  It showed that ultimately it doesn’t matter about context; a good song is a good song, no matter where you hear it.


Now fast forward a further few months and Berger has done it again. “I don’t know where I lost my faith….help me escape the human race,” she sings over a bleepy background of energetic electronic pulses. This might be a sound for the high energy strobe lit dancefloor, but like much of the best pop, irrespective of how uplifting the music is (see also Chvrches debut LP), the lyrics tell a darker tale.