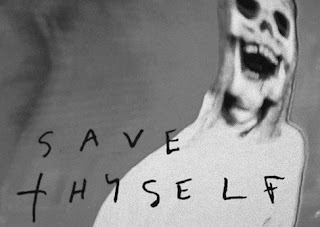 In an alternative universe where pop music is weirdly exotic, experimental and ever so slightly dirty and screwy, Clarence Clarity is number 1 in the charts. This mystery producer / singer / band / thing (delete as appropriate – we really have no idea) released his / her / their /its debut EP Save †Hyself this week. It might be a one off before Clarence disappears never to be heard of again or it just might be the start of something bigger and potentially incredible. Either way Save †Hyself is ridiculously warped, brilliant and out there. It’s pop music for the f*cked up, insane, odd and those of us who want music to do deranged things now and then. Alive In The Septic Tank, taken from the EP achieves that level of madness and then some.


So who is Clarence Clarity ? According to Noisey who premiered the new freaky video for Alive In The Septic Tank yesterday (and we're following today), “keen eared audio entrepreneurs, those who inject themselves with forward-thinking music like jetsetting Mother's digest Elle, should be able to distinguish the guy behind these vocals instantaneously.” We're obviously not that keen eared because we’re clueless. Somebody just tell us who it is please so that we can all just get on and enjoy the music.

I knew who it was immediately upon hearing the vocals.