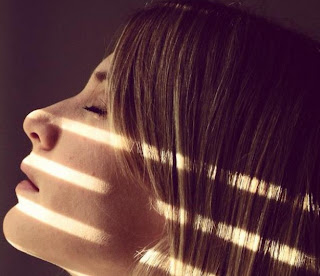 The unsearchable artist is a new concept that this golden age of Google has delivered. The solution often seems to be unspeakably bad spelling; Chvrches, Curxes and Splashh are all recent culprits that have been featured on Breaking More Waves. Yet if we look back through the learned tomes of rock history, the likes of Def Leppard, Megadeth and The Byrds show that radical spelling has always existed in pop and rock circles, giving two fingers to the grammar police. Yet these days the ability to locate the artist on the internet is becoming ever more important.

Today’s new songstress adopts poorly spelt wordage, although probably for more valid reasons than others. Because Lucy Taylor aka Pawws is otherwise going to be hard to differentiate from raucous lo-fi noisesmiths Paws without risking tinnitus. The only problem with the moniker of Pawws is that we suspect come that Google search a lot of people are going to end up at some sort of dog walking service website.

But seek out Pawws you should, because pretty much overnight this London lass has become our new blog-crush favourite, which is ironic considering that one her songs is called Slow Love and pleads not to rush things. She’s still very new (her first Facebook entry was the word 'Shhh'… on August 8th of this year) but already her nursery rhyme-like electronic jams have us down on our knees, worshiping at her altar. The hooky electronic skips and booty wiggling velvety soft simplicity of Do What We Want is a little like a UK version of Grimes, whereas the lullaby I Can Make You Better is as delicately intimate as they come in both in its lyrical content “I’ll sweep your hair from your eyes and wipe that tear off your cheek,” and its sound; all minimalist clicks and quiet miniature notes.

We’re starting you off with Do What We Want and the synth pulses of Time to Say Goodbye which is pretty much our idea of a musical wet dream, sounding like OMD circa Maid of Orleans with Robyn on vocals. We're feeling like the cat with the cream with Pawws. Maybe you will as well.

Footnote: If the sound of Pawws seems familiar, maybe it's because of this?  We haven't had this confirmed, but certainly they share the same name, very similar voices and look the same.

Pawws - Do What We Want

Email ThisBlogThis!Share to TwitterShare to FacebookShare to Pinterest
Labels: Pawws

I do like this a lot. 'Tis very Grimes, but that's no bad thing.

Prefer Do What We Want To.