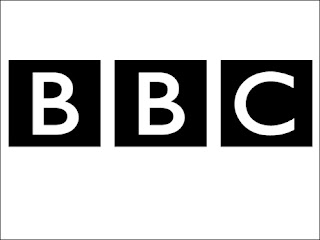 At the start of the year Little Boots was nominated in first position on the BBC Sound of 2009 list. Breaking More Waves asks, is being picked on this list a poisoned chalice ?
At first sight being chosen as one of the artists on this list appears to be a massive head start for any new artist. After all it virtually guarantees significant media exposure and an opportunity for the public at large to hear your music. This guarantee comes by virtue that the list is picked by over one hundred critics, broadcasters and editors working within the music industry. Many of those involved in voting on the list will have a vested interest in wanting the artists they chose to go on and have commercial success. They won’t want to look like idiots in the selections they picked, so once the artists have been selected, the industry who voted for them will begin to promote, cover and broadcast these acts. Effectively the list becomes a self fulfilling prophecy. However irrespective of heightened exposure, the fact remains that ultimately it’s the public who decide if an artist will have success. The BBC list may be a good jump ahead of the pack, but it’s a marathon not a sprint. This may explain why previous years winners of the list have included The Bravery, Corrine Bailey Rae and Keane. All these artists had high levels of commercial sales initially but have faded away since.
Last year Adele was the number one selection on the list, and so far so good for her, but the music industry and the public can be a fickle old beast, so when her second album is released who knows what will happen ?
So what of Little Boots? From what we understand from an interview on Popjustice with Little Boots, the number one nomination took her record company a little bit by surprise. So much so that any momentum the nomination gave her in terms of marketing was not capitalised on. By the time New In Town was released five months later, it seemed like a missed opportunity, irrespective of the fact that the song was one of her weakest. Things picked up later in the year with Remedy which went top ten and stayed there for a number of weeks, but as the year comes to a close there’s still a feeling that whilst Little Boots has done OK, she’s hardly been ‘The Sound Of 2009’. But then lets look back at the full list of winners of this list in the past. 50 Cent, Keane, The Bravery, Corinne Bailey Rae, Mika and Adele. None of those artists could be said to truly represent the sound of their particular year, although arguably 50 Cent and Adele did do very well commercially. That is not to say we should discount the list entirely. In 2004 Scissor Sisters had the biggest selling album in the UK and they were nominated seventh on that years list. Likewise Duffy was second on the 2008 list and went on to be the years biggest seller. Also in its selection of Little Boots, the BBC Sound of List did correctly predict the return of the synth pop movement to the charts. In the list at number five was La Roux and there is no doubt that In For The Kill was one of the genuine pop successes of 2009, slowly ascending the charts week by week in a way not seen for a long time. It was like being back in the eighties in more way than one.
So, back to the poison chalice we mentioned at the start of this article. Whilst the BBC Sound of List may give exposure to artists, if that exposure doesn’t lead to large commercial success, media expectation can turn against the artist very quickly. For the media, egg on the face is often quickly wiped off and the tissue dumped in the bin. How many of those who voted for The Bravery four years ago are still championing them we wonder ? And who now plays or writes of Gemma Fox, Marcos Hernandez or even last years Joe Lean and the Jing Jang Jong, all of whom have appeared on the list. It’s a warning for marketing people within record companies everywhere. If your artist gets a nomination on the BBC Sound of 2010 list you need to work very carefully to ensure that the nomination doesn’t backfire.
Ultimately this post is as much about the 'build them up knock them down' media culture we have in the UK and the danger of any sort of over exposure combined with the expectation that rises. The Sound of List is just one example of possible over exposure.
And talking of lists, Breaking More Waves is currently readying its ‘Ones To Watch’ list for 2010, due at the end of this year. It’s not necessarily a list of artists that we think will have commercial success, although some may do - last year six of our list were on the BBC list. Our list is simply a list of artists that we will be watching with interest as we believe they all have the potential to put out something of worth next year. But more of that in November. For now, here’s the BBC Sound of 2009 number one and Breaking More Waves One To Watch 2009 number two - Little Boots, covering Cyndi Lauper.
Posted by Breaking More Waves Blog at 00:01

I do agree that Victoria's Record Company/PR team did not make much of an effort after the Sound of 2009, they should have done a release for Stuck on Repeat or Meddle, a missed opportunity.

I don't know much about any possible nominee's for 2010, but a few names being touted are Marina and the Diamonds, Golden Silvers and Ke$ha.

Yep, I would agree with Marina (we put her on our ones to watch list last year)

Check back here in December for our ones to watch list for this year starting Dec 1st.

Nicely written article! I think it's great that Little Boots didn't overtly try to capitalise on the accolade; it's an award, not a duty. Just because she won it, doesn't mean that suddenly it's necessary for her to become brain meltingly enormous.

Also, I'm currently canvassing opinion from bloggers and putting together a pre-emptive BBC longlist to see how close we can get, I'd love it if you could e-mail me some suggestions to phil@notmanyexperts.com ?

Phil. Thanks for the comment. I've emailed you a few guesses (some of which may also feature on my list in December, but I'm still working on that)

Little Boots didn't do well coz she's a crock of shit.

Bring back f-in decent music and bands. F-in girls with synths r gettin on my tits.

The Pigeon Detectives, Razorlight, Kooks, Kaisers, The Rakes thats what we want.

Dan thanks for your comment. I'm not really sure if this blog is right for you.

By the way The Rakes have split up.