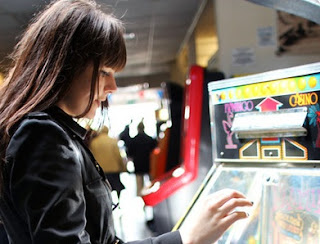 We’ve already named her as one of the Golden Girls of Breaking More Waves (more of who those other Golden Girls are soon). Here’s another reason why; Alice Jemima is breaking many of the rules. The perceived wisdom by industry types is for new artists to hold material back and not put too much on line at any one time. But this wisdom assumes that the artist only has a small clutch of songs and that their painstaking creative efforts will take months to deliver. Alice Jemima is different. Her ability to knock out a tune is more in spirit with the days of early The Beatles, where the group could write and record an album in just a few weeks (they released four number one albums in just over a year and a half in 1963-64) with the quality of the songwriting and power of the performance remaining exceptionally high. Even if the records had a bit of hiss or crackle on them, nobody cared because they were simply brilliant songs; She Loves You, I Want To Hold Your Hand, A Hard Day’s Night and many more were all created at that time.
So it is with Alice who last week released five new songs to the internet (recording on either Soundcloud or You Tube each day) and this week she’s uploaded a cover version of Safe / Pain by Breaking More Waves electronic favourites [Strangers]. It is dazzlingly intimate and perfectly formed in every way. “I want to feel safe in your arms but don’t know if I should,” she sings; as she does so our insides melt a little.
Alice Jemima - Safe / Pain
Posted by Breaking More Waves Blog at 08:30