That Was The Music That Made Me 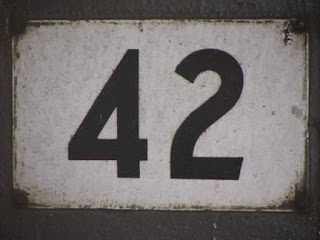 For 42 weeks in 2011 on a Monday morning Breaking More Waves has carried a feature called Music That Made Me. The concept for these posts was a reaction against an arguably unhealthy throwaway culture, something which music blogs help perpetuate with their constant strive to find the new, often preferring to move towards the next buzz artist rather than relishing any quality time with music they already know. Songs these days seem to be all too quickly forgotten. The posts were autobiographical, showing influences and describing experiences.

The songs described weren’t necessarily the best or greatest, in fact some of them were pretty awful. It certainly wasn't a 'favourite songs of all time' list. Nor were the songs chosen to demonstrate some sort of all-rounded musical eclecticism in taste; they were just a list of tracks that at some point in life created an emotion or a memory. They also opened the curtains a little on some of the more personal aspects of this music blogger’s life.

Ironically having spent 42 weeks wallowing in nostalgia the conclusion that arose from the posts was that irrespective of the rights or wrongs of constantly striving to find the new, it’s what we feel most passionate and motivated about.

So this final post draws a line under the past. We’re raising our glass to the future.

Here’s a full list of the 42 songs we featured in Music That Made Me, some classic ones, some terrible ones, some you may have never heard of. Click on the relevant link if you want to hear or read more about any of the tracks and the memories behind them.

Howard Jones – What Is Love

OMD – Maid of Orleans (The Waltz Joan of Arc)

The Wombles – Remember You’re A Womble

Neil Diamond – I Am I Said

Curtis Mayfield – Move On Up

The Unthanks – The Testimony of Patience Kershaw

Nicola Roberts – Beat Of My Drum

Email ThisBlogThis!Share to TwitterShare to FacebookShare to Pinterest
Labels: Music That Made Me

Thank you for this series. It has made my monday morning bus ride into work very enjoyable. It's been funny and sometimes a little emotional- the ones about your friends were particularly sweet.

Whay are you goin to post on Mondays now ?